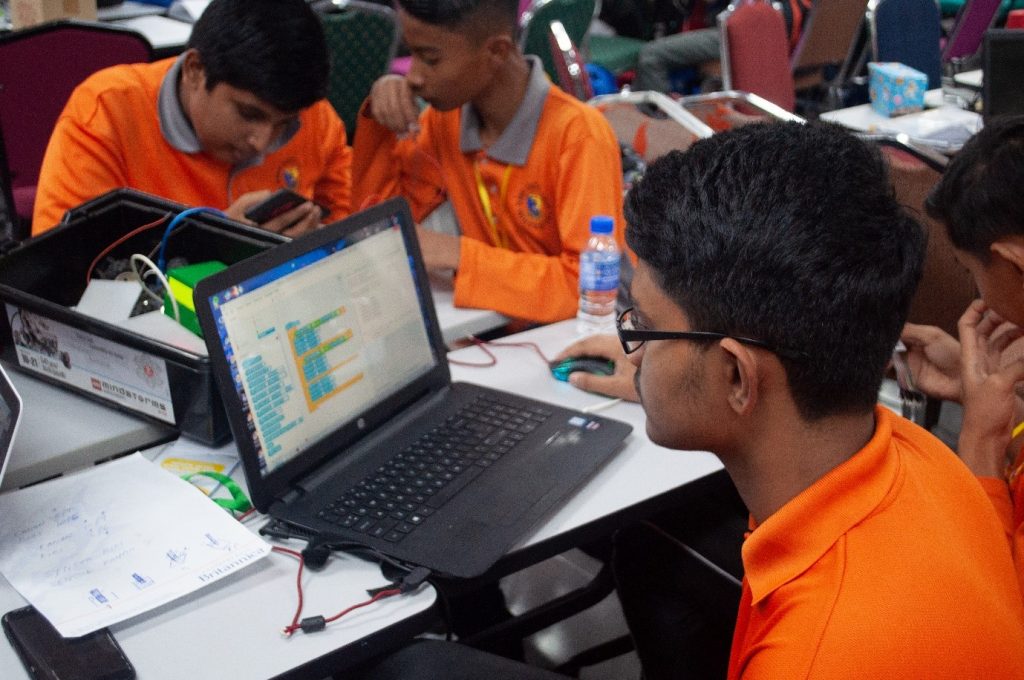 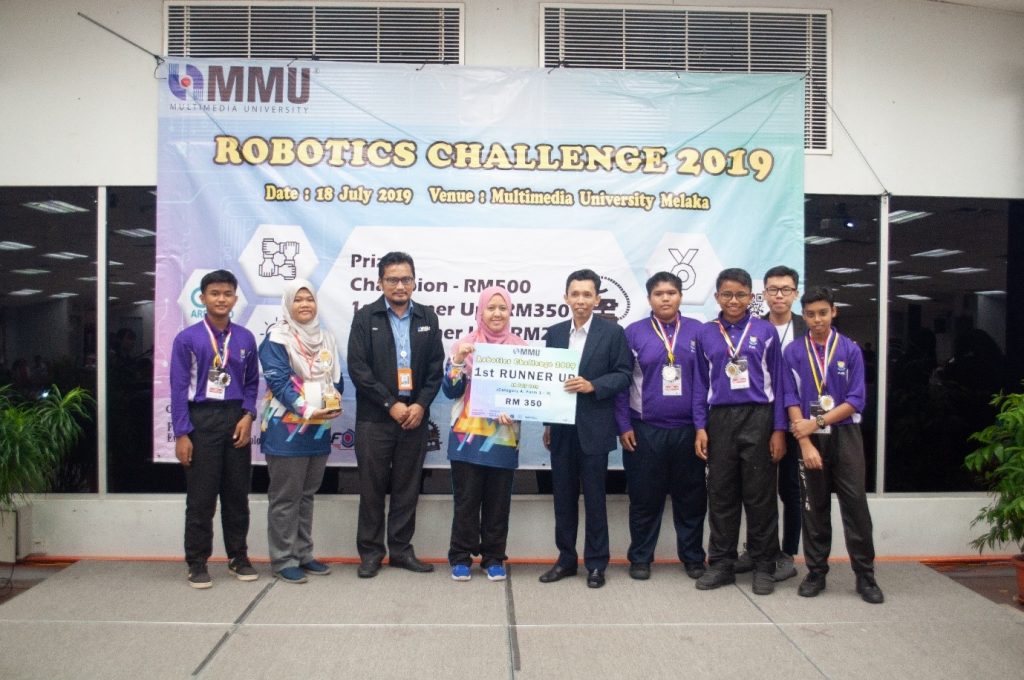 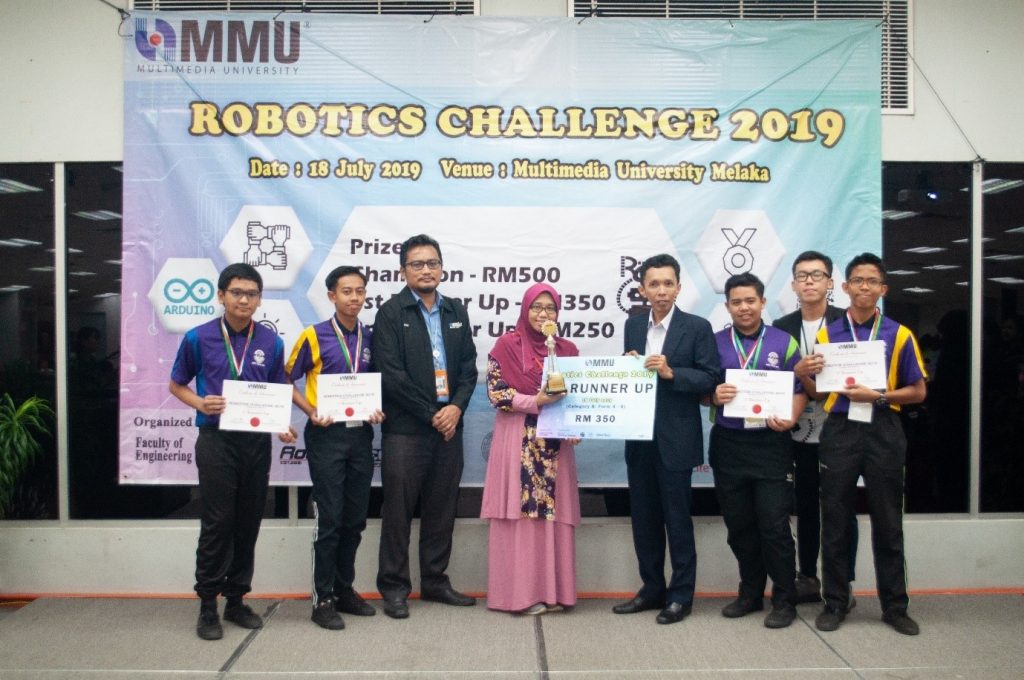 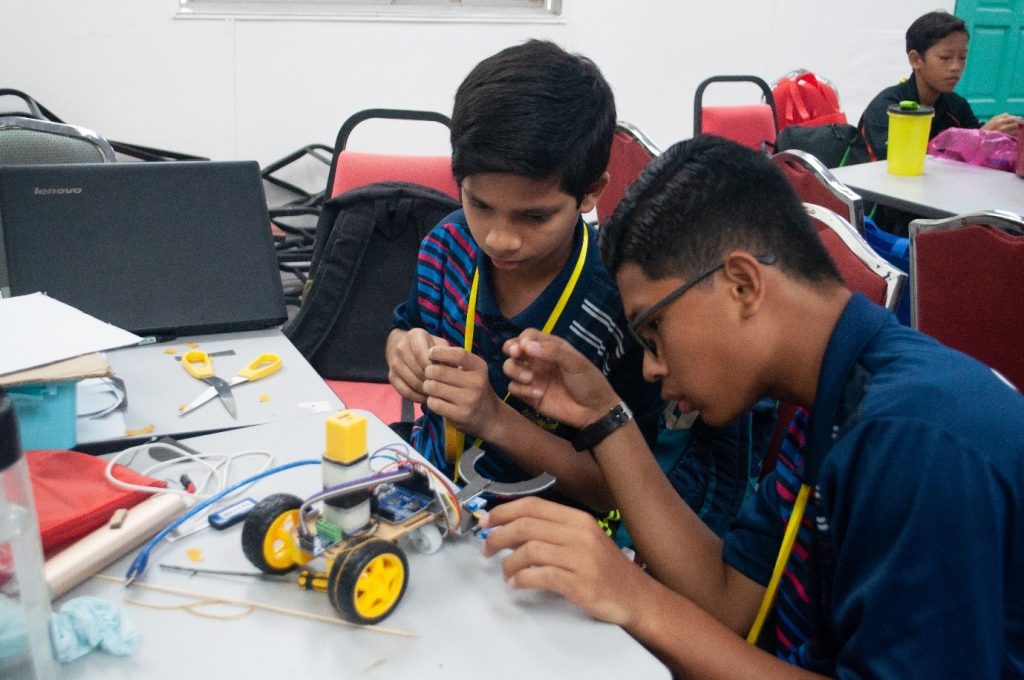 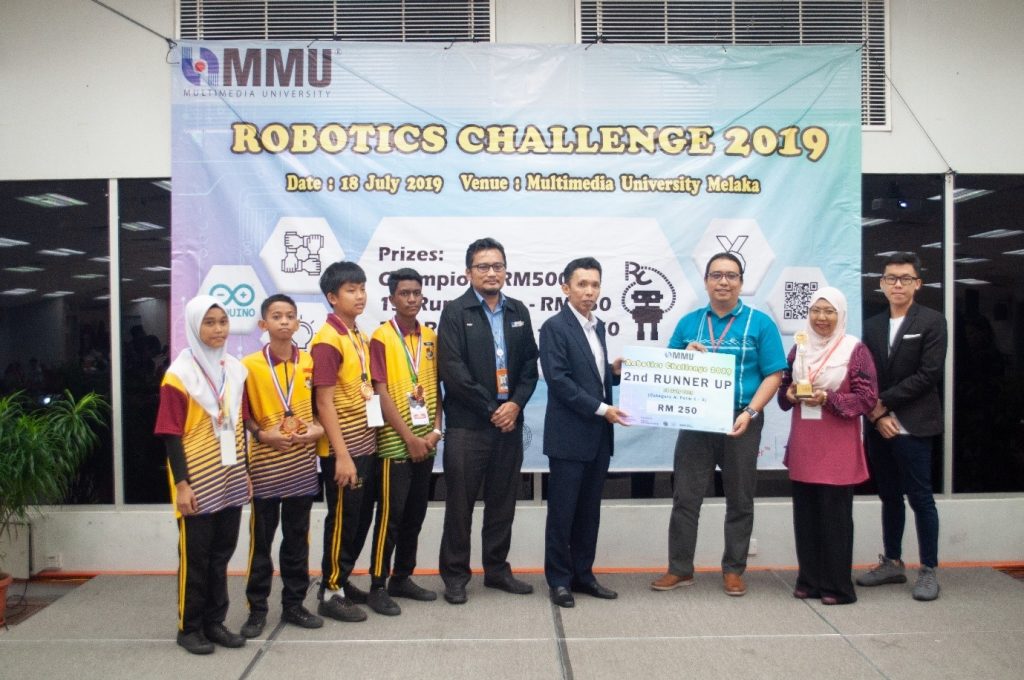 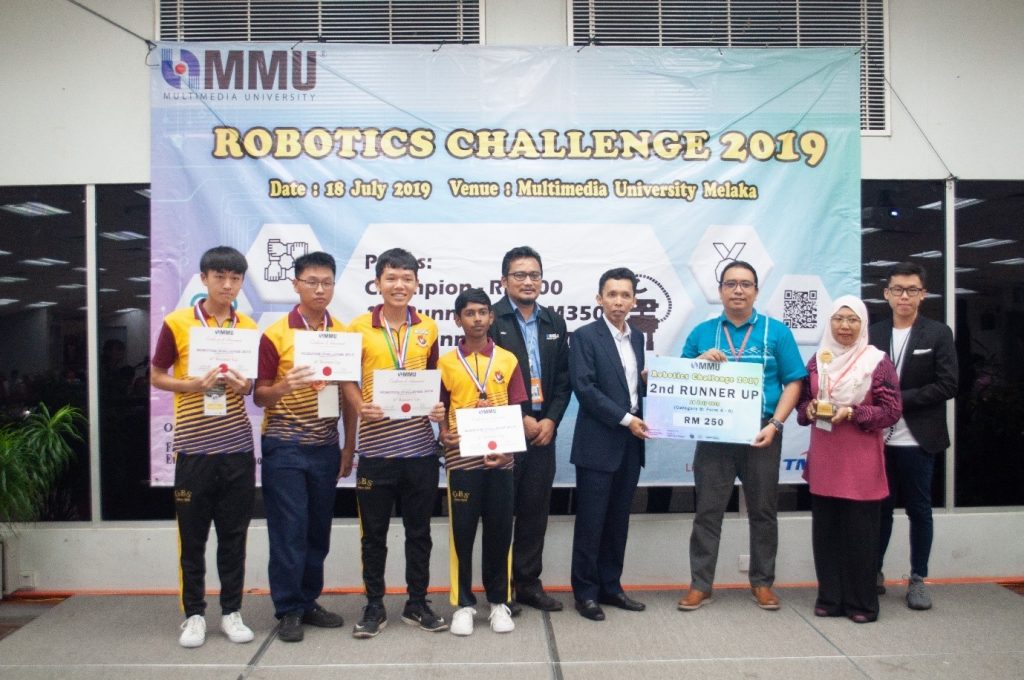 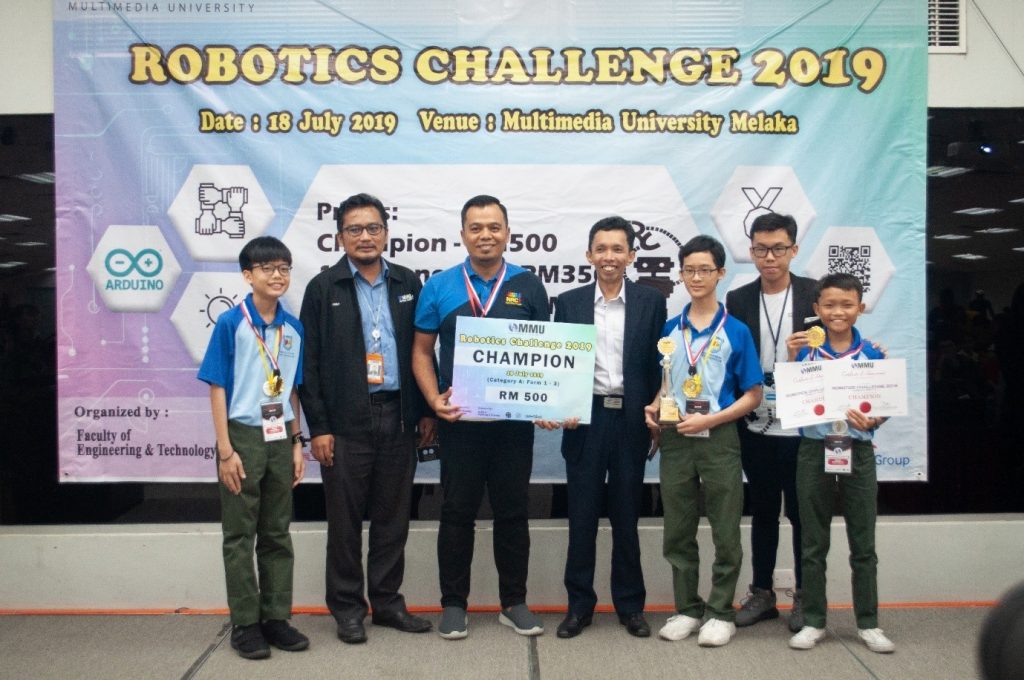 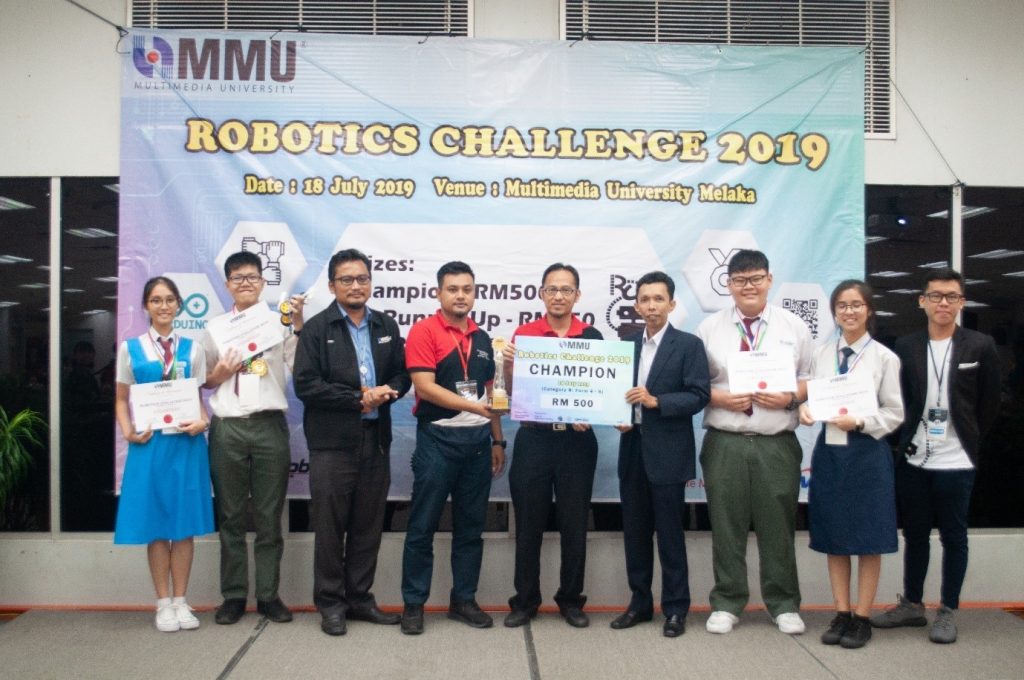 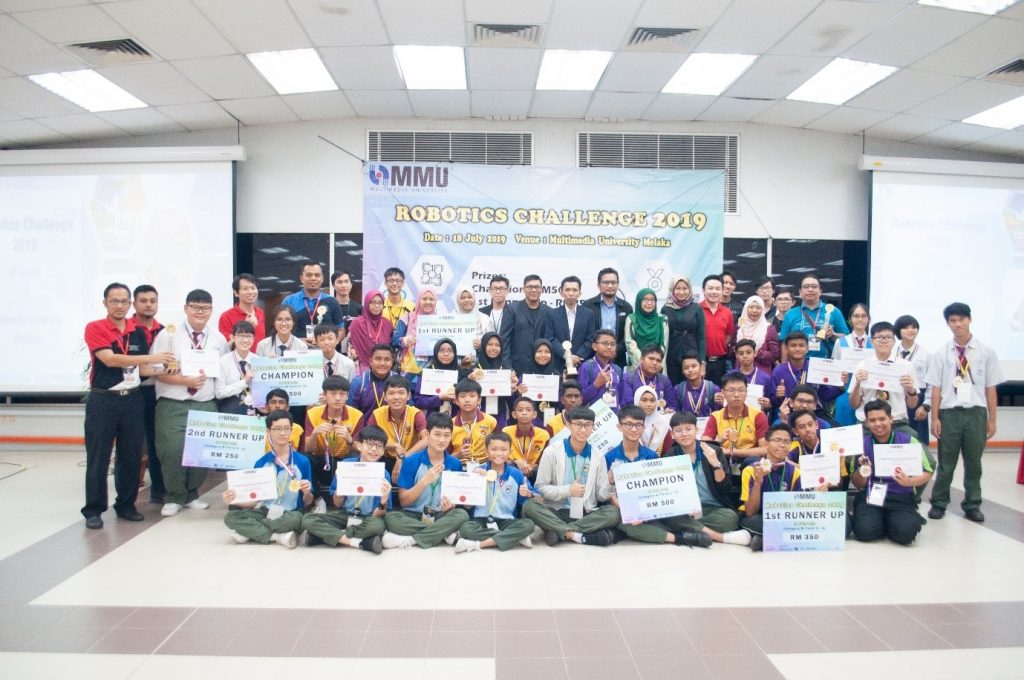 Faculty of Engineering and Technology (FET) had successfully organised the MMU Robotics Challenge (MMURC) 2019 in Melaka recently. Supported by National Marketing and Enrolment (NME), the competition was participated by 46 teams from 26 secondary schools from all over Melaka.

With each team comprising of 2-4 student competitors and one teacher advisor, each team is required to build their own robot, which is then tasked with circumnavigating a maze. The maze has seven checkpoints, and the fastest robot to escape is the winner. A few months before the competition, the participants were invited to attend workshops conducted by FET. During the competition, the participants also were able to apply what they learned during the workshop. Working as teams, they fine-tuned their respective robots and did their best.

This year, the defending champion- a team from Sekolah Menengah Jenis Kebangsaan (SMJK) Katholik emerged as the champion of Category A (Forms 1 to 3), after facing fierce competition from the rival team – SMJK Klebang Besar. While in Category B (Forms 4 to 6), SMJK Pulau Sebang won the competition and Sekolah Menengah Kebangsaan (SMK) Telok Mas bagged first runner up. An aerospace themed exhibition was also displayed in celebrating the first landed humans on the Moon and promoting Science, Technology, Engineering and Mathematics (STEM) to the participants and visitors during the competition.

Dr. Mohd. Rizal Abdul Razak, the Campus Director of Melaka graced the closing ceremony and presented the prizes to the winners. The event was also assisted by MMU Robotics Club, Engineering Society as well as the IET and IEM Student Chapters. MMU’s alumni were also involved as judges during the competition.

A big thumbs up to FET team and organising committee!