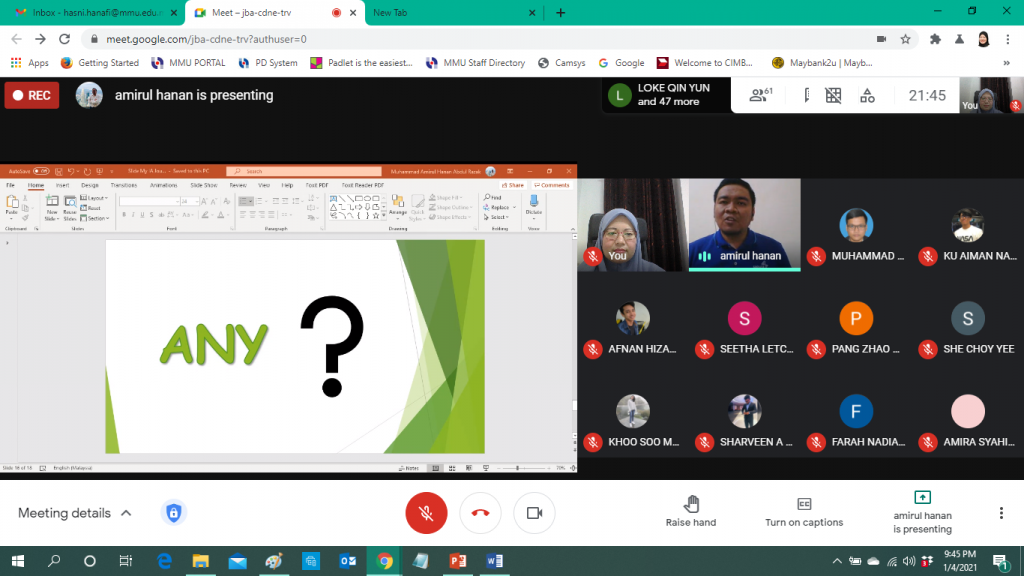 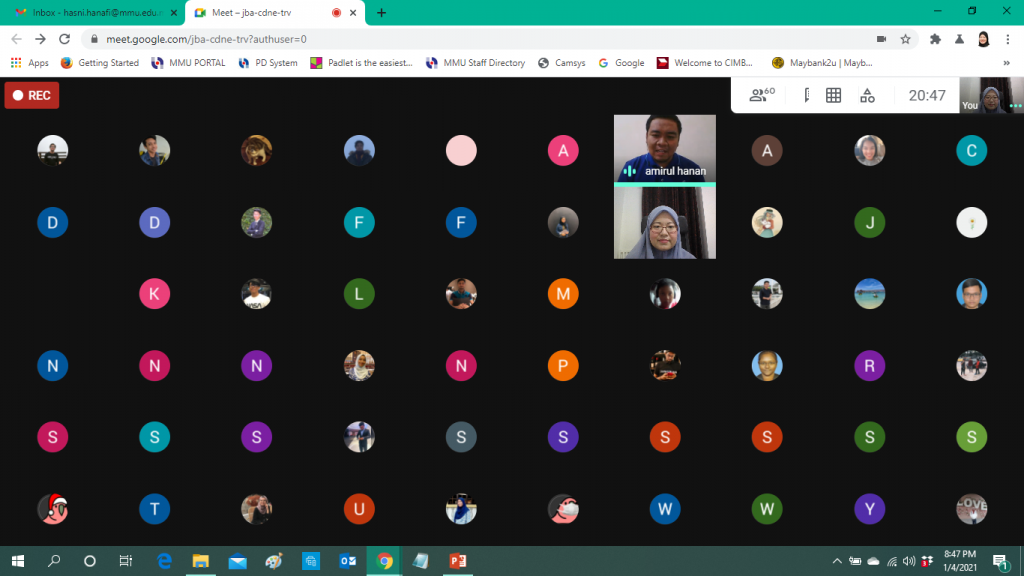 Mr. Muhammad Amirul Hanan Abdul Razak, an MMU alumnus was invited to share his experience being both external auditor and internal auditor in his career through a sharing session, recently. Attended by more than 60 students, the session was hosted by the Centre of Business Excellence (CoBE) from the Faculty of Management (FOM). The objective of the session was to expose other choices of careers and to broaden the career perspectives, especially amongst Accounting students.

Throughout the one-hour session, students were introduced to the main differences between the duties and responsibilities of internal and external auditors. Since the biggest task is to perform audit, Mr. Amirul further highlighted the importance of focusing on the lesson content in some of the Auditing and Financial Reporting related subjects that he took during his study at MMU, which helped him tremendously during his job.

On top of that, he was sent to attend quite a number of training to improve his skills and knowledge in internal auditing during his appointment with the 3 companies that he was employed. It was also interesting to know that during the conduct of his audit working, he has to work closely with the Chartered Company Secretary on companies-related matters.

After working as an external auditor for one year, he was curious and interested to know more of what is happening at the back of the figures in the financial statements that he audited. This triggers his interest to join internal audit, so he joined UEM Edgenta and later accepted an offer from Sapura Energy. Being an internal auditor, he had the opportunity to audit charcoal used in road development and auditing the services at Hospital Bahagia in Perak. He also had the opportunity to audit ship vessels in Pasir Gudang.

Transfer of knowledge happens continuously in the internal audit field because in his team, only half of them are from accounting background and the rest could be from other backgrounds such as engineering, shipping, or IT. Overall, he loves his job because of the need for travelling, vast networking with people across the company, and multiple career opportunities in the future. It is hoped that this sharing session helps students to gain more insights and venture on different career choices of their dream.