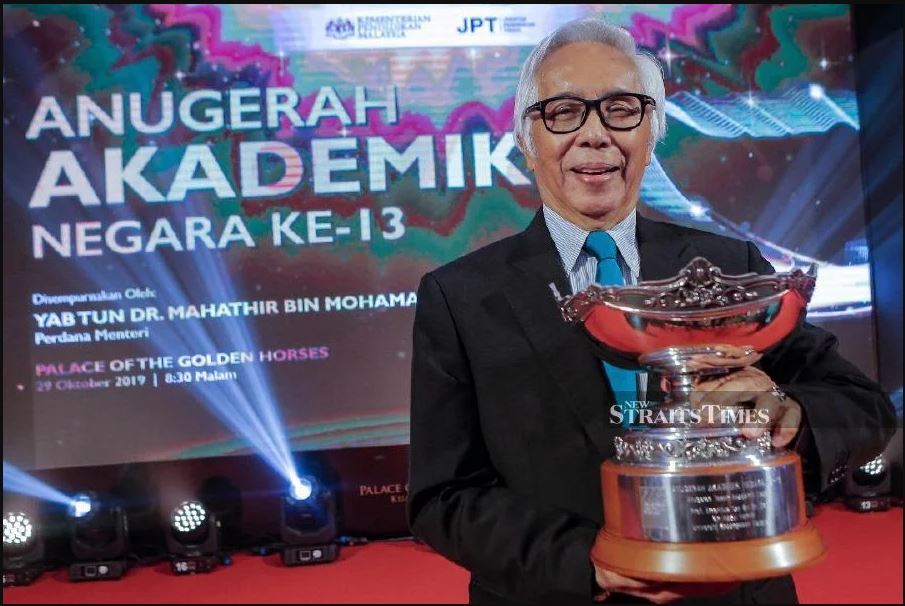 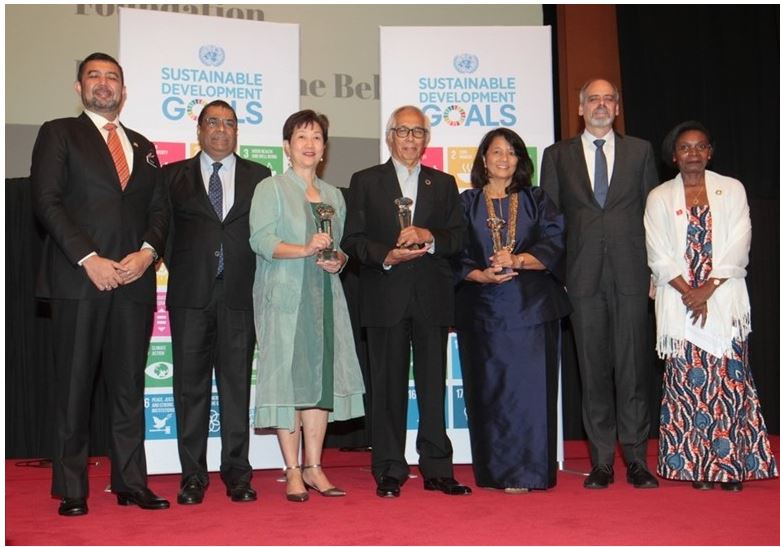 We are proud to share that our Pro-Chancellor, YBhg. Academician Professor Tan Sri Dr. Zakri Abdul Hamid was announced as the recipient of the prestigious National Academic Laureate Award during the Education Ministry’s 13th National Academic Awards on 29 October 2019.

Prof. Zakri received the recognition for his contribution in the academic field. The award was presented by YAB Tun Dr. Mahathir Mohamad, Prime Minister at a grand awards ceremony at Palace of the Golden Horses. Prof. Zakri also walked away with a RM200, 000 cash prize, certificate and trophy.

In another event on 24 October 2019, Prof. Zakri was conferred the United Nations Award 2019 for his contribution in promoting biodiversity conservation and a sustainable environment. He received the accolade from Datuk Marzuki Yahya, Deputy Foreign Minister at Kuala Lumpur Convention Centre (KLCC). The award presentation ceremony was held in conjunction with UN’s 74th anniversary celebration which also witnessed other two recipients for the United Nations Award 2019.

Commenting on his UN’s Award 2019 achievement, our pro-chancellor emphasised on the need to articulate the importance of conservation of biodiversity and to develop the natural resources in a sustainable manner. Prof. Zakri’s contributions were also recognised worldwide when he received Midori prize in 2018. The prize was awarded in the United Nations International Year of Biodiversity for his influence in intensifying biodiversity-related efforts as well as raising awareness about biodiversity.

Let us extend our heartiest congratulations to Prof. Zakri!