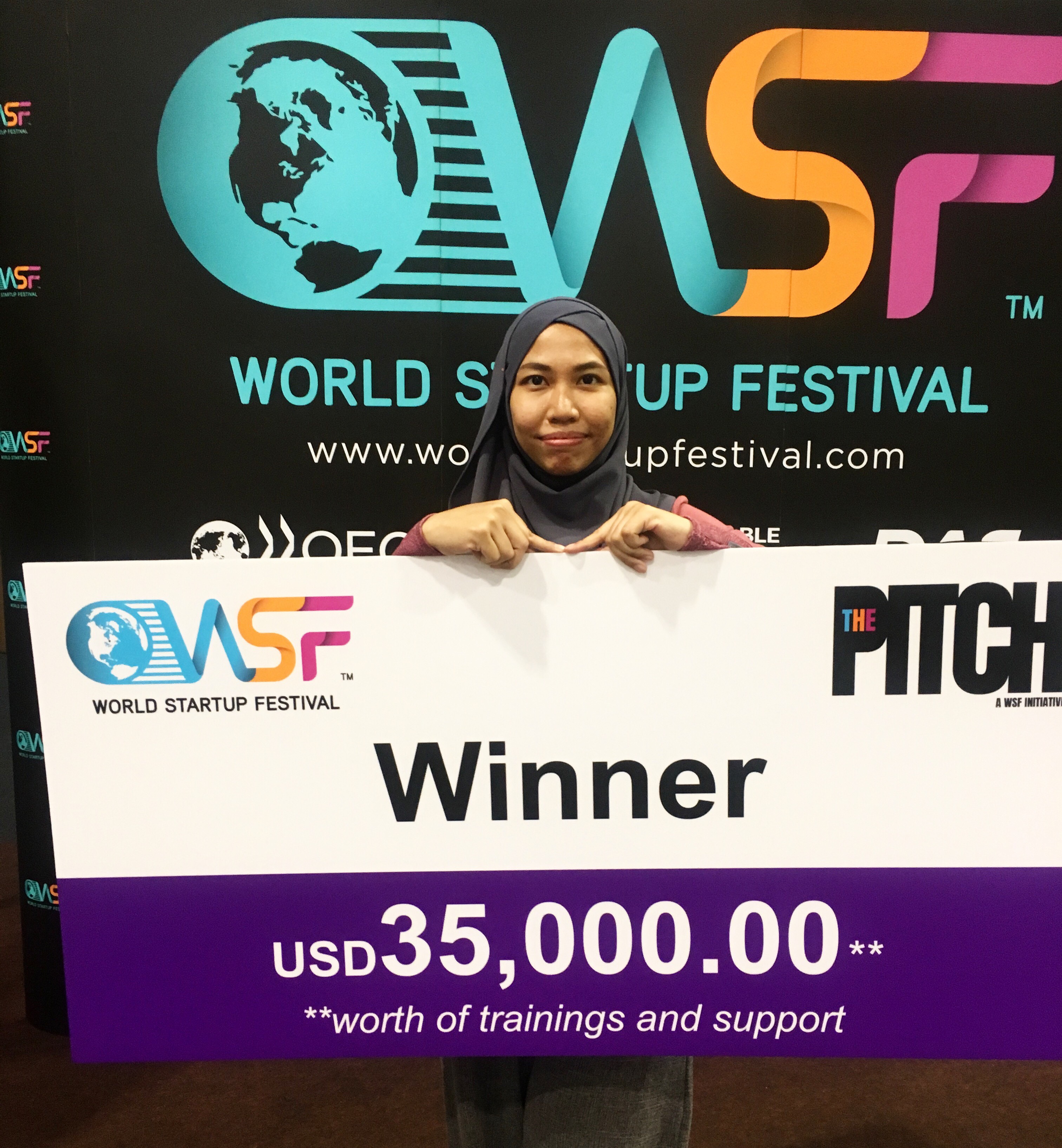 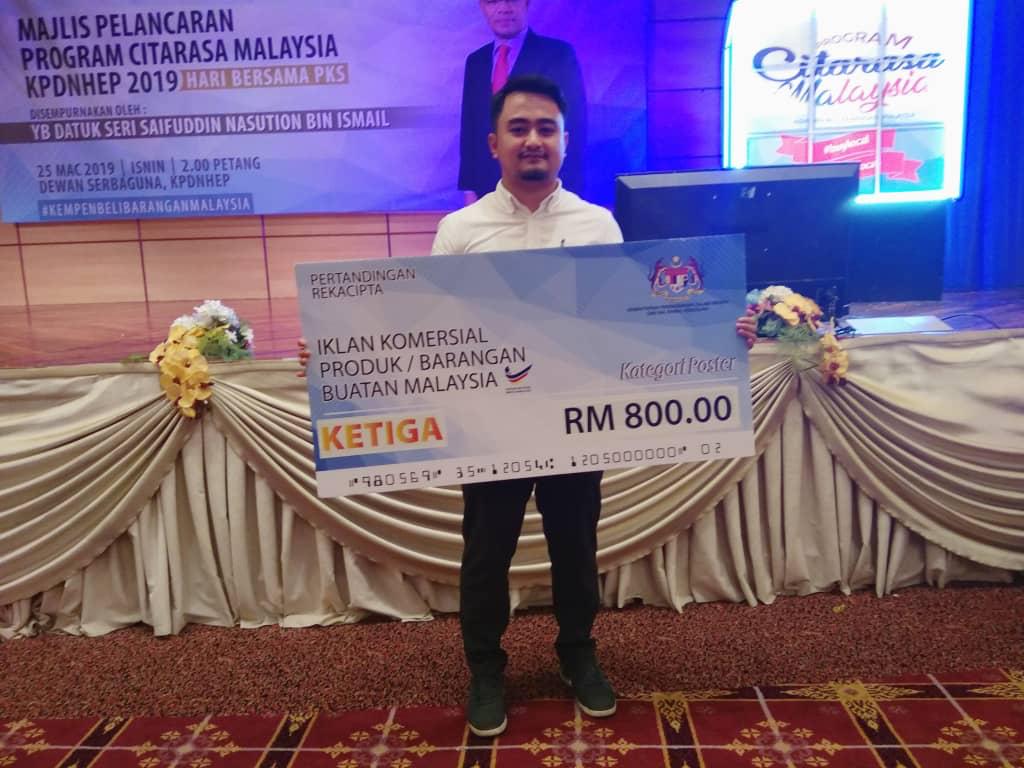 We are proud to announce that Kulsocs, a start-up company which is founded by FCM alumni, Ms Syahidah Suhaimi won the Pitch Award at the World Startup Festival (WSF) on 13 April 2019. Kulsocs is an online store that sells cool and trendy arm sleeves. The Halal Innovation Festival (HIF) is a specially curated event by WSF. It is meant to shed critical light on the Halal Ecosystem, expunge the fallacies of the industry, and attempt to bring back the true meaning and spirit of what it is to be halal in this new era. She received $35,000 (RM95,000) worth of training and support during the award ceremony of the Malaysia International Halal Showcase (MIHAS).

Other than that, Abdul Muqsit Hassan from Faculty of Creative Multimedia (FCM) won third place for poster category at the Pertandingan Merekacipta Iklan Komersial Produk/ Barangan Buatan Malaysia 2018 in Putrajaya recently. Organised by the Ministry of Domestic Trade and Consumer Affairs (KPDNHEP), the competition was open to all students from Institute of Higher Learning, whereby they were required to produce a commercial advertisement in promoting products which were produced by Small Medium Enterprise (SME) companies.