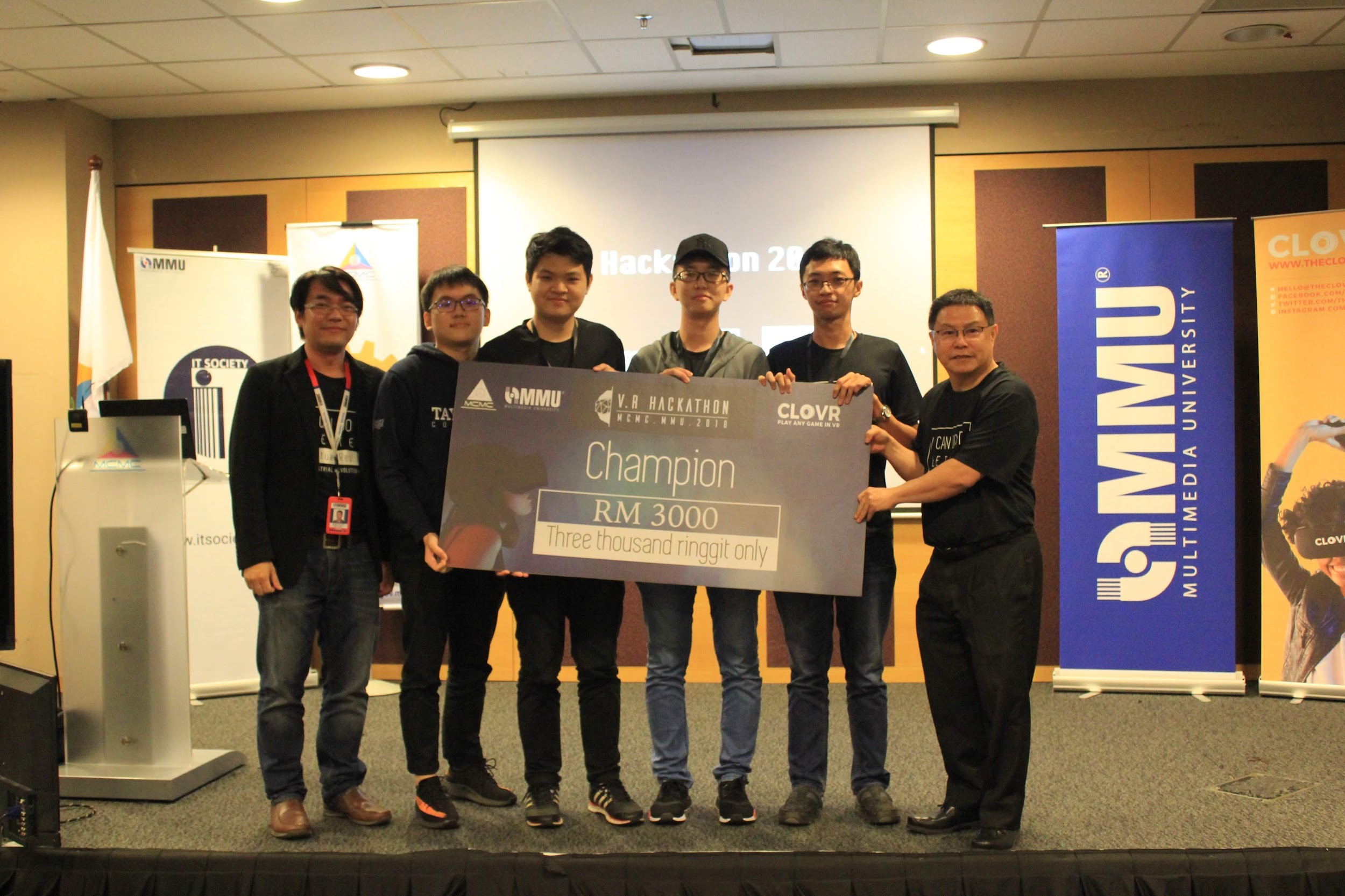 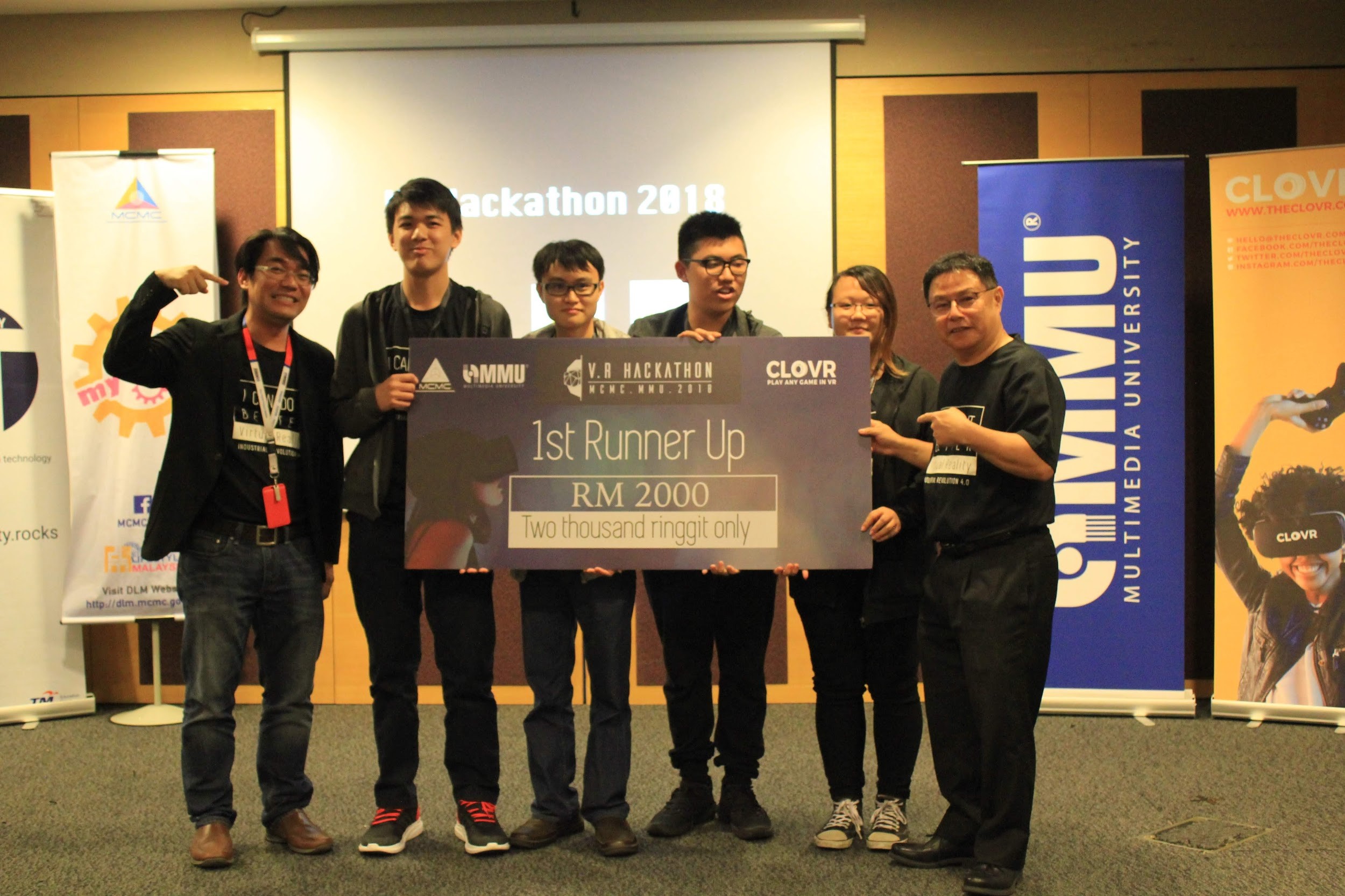 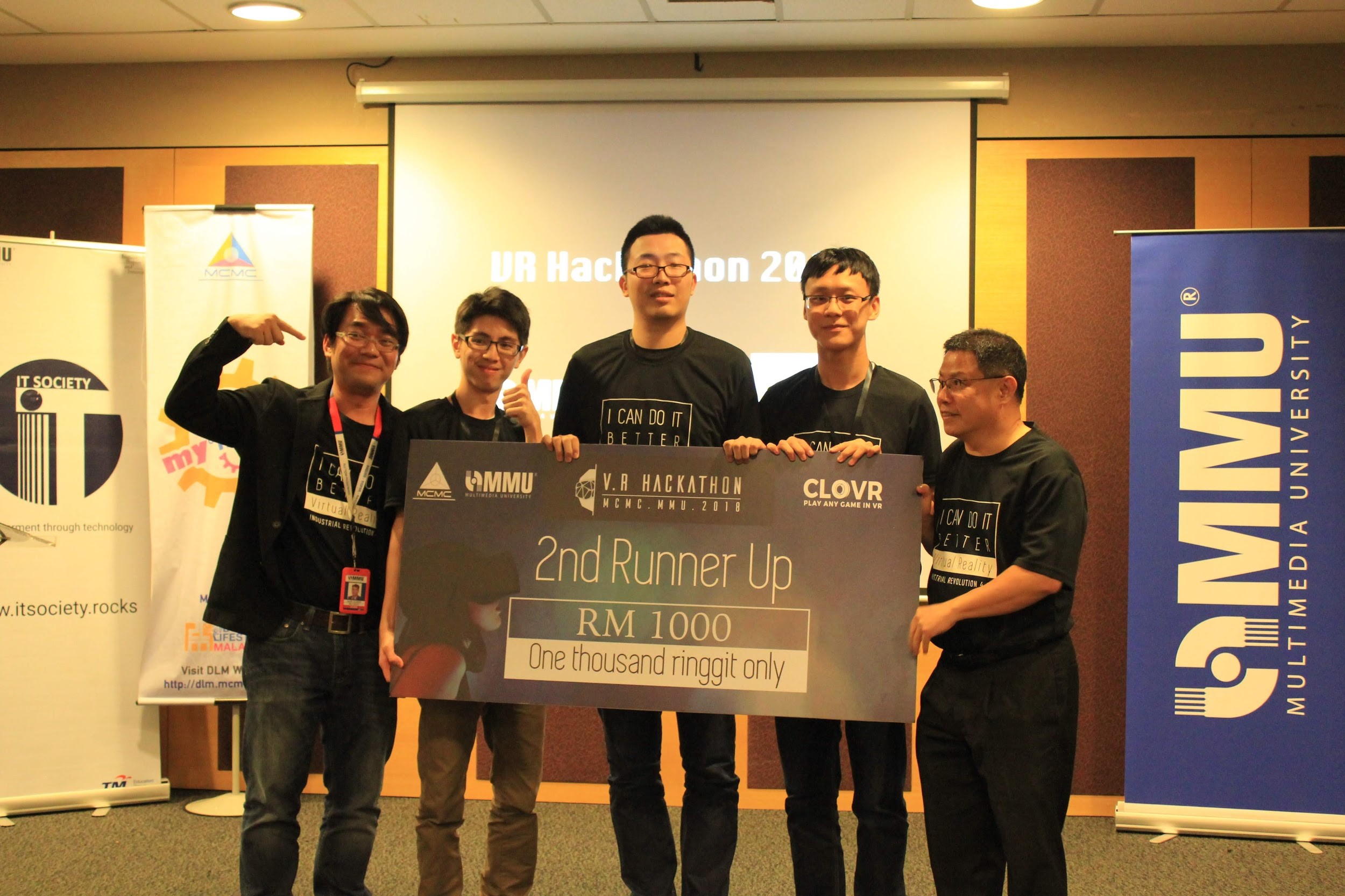 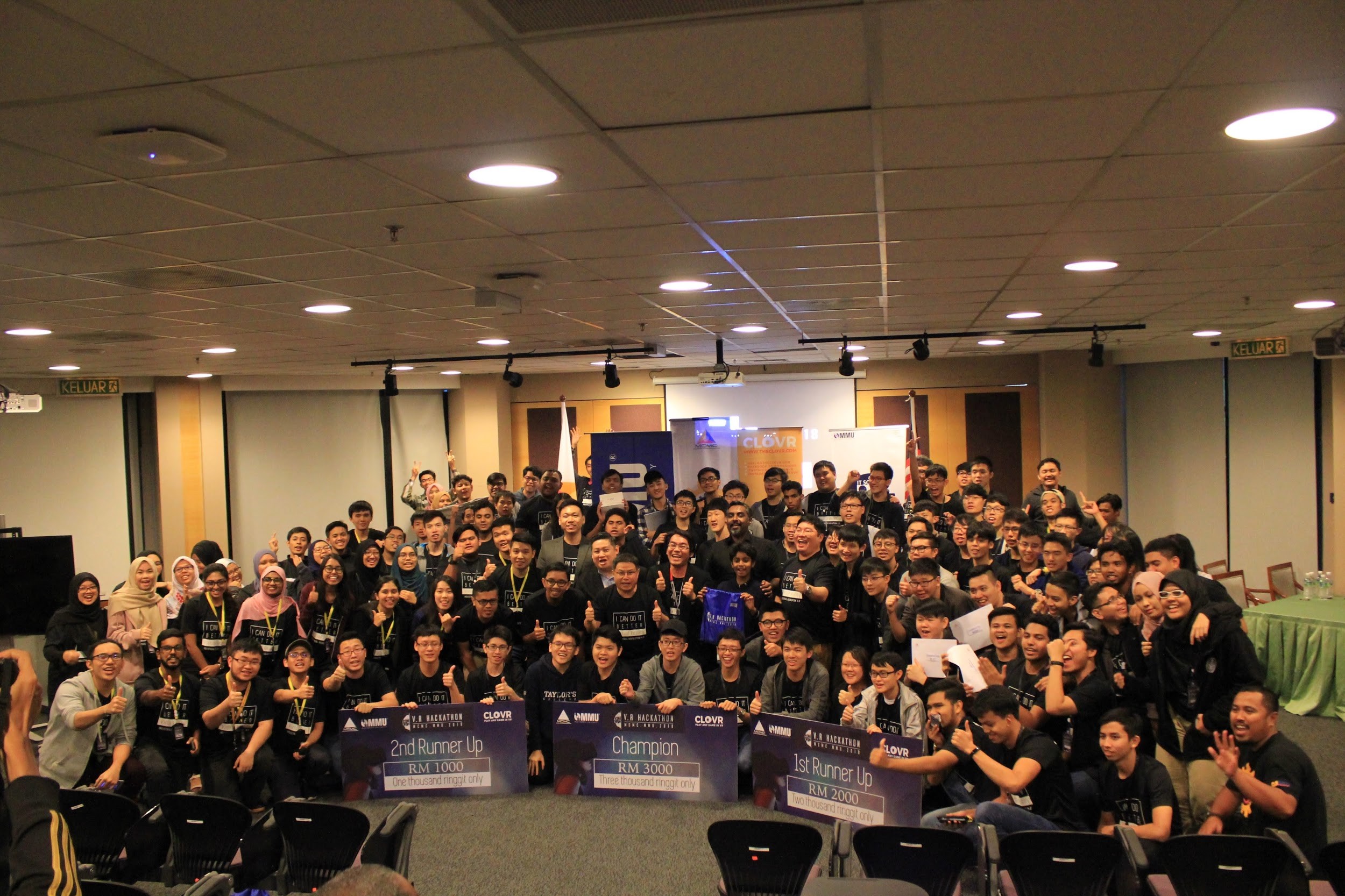 Team Veal from the Faculty of Computing & Informatics (FCI) which represented Multimedia University (MMU) emerged as the champion and received a cash prize of RM3000 at the Virtual Reality (VR) Hackathon 2018. The hackathon was jointly organised by Malaysian Communications and Multimedia Commission (MCMC) and the IT Society, MMU with the support of the VR technology provider, CLOVR. It was held from 14 December until 16 December 2018 in Cyberjaya.

The competition managed to attract 90 participants from 11 universities around Malaysia. It was the very first few hackathons, which focuses on using VR technology to assist and to support the development of the Industry Revolution 4.0. Throughout the event, participants were equipped with technical workshops, industry related talks and mentorship which prepare and help them to create a solution for IR 4.0.

Team Visualize from Asia Pacific University (APU) won first runner-up while Team Trio from University College of Technology Sarawak (UTCS) was announced as second runner-up. The teams received cash prizes of RM2000 and RM1000 respectively during the prize giving ceremony. Apart from that, 3 other teams from MMU; JAMTA, Frectech and L2Y were also performed well when they were listed in the Top 8 finalist.