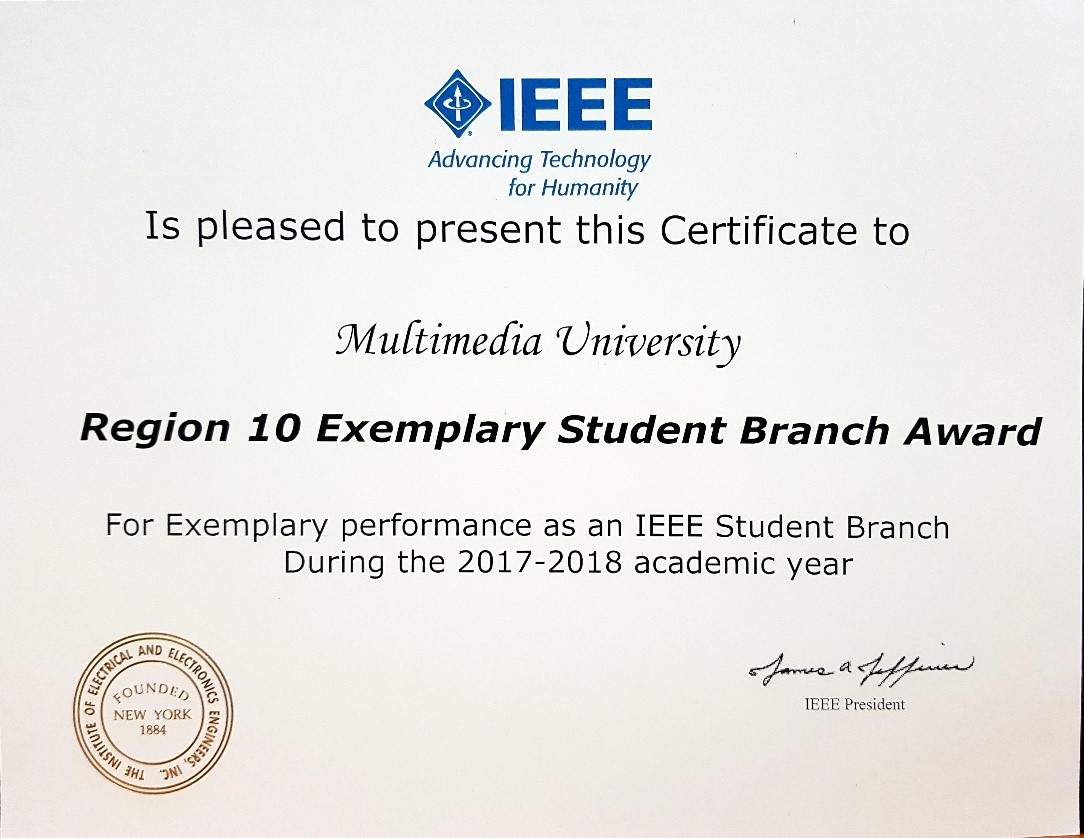 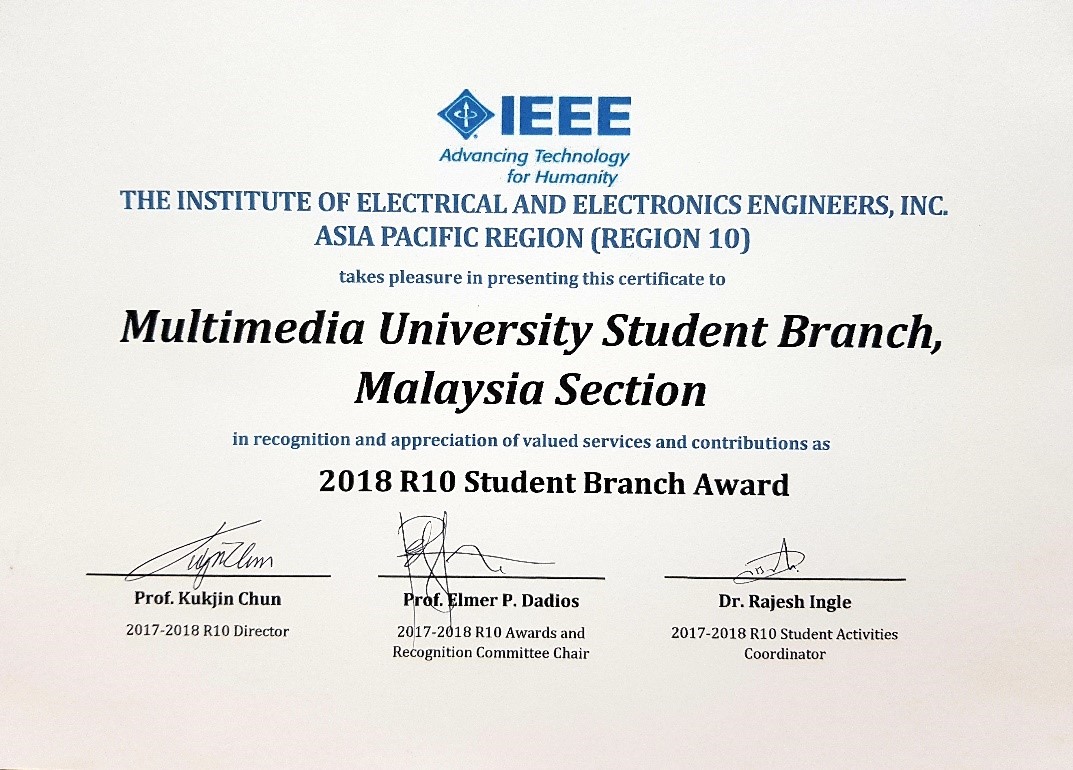 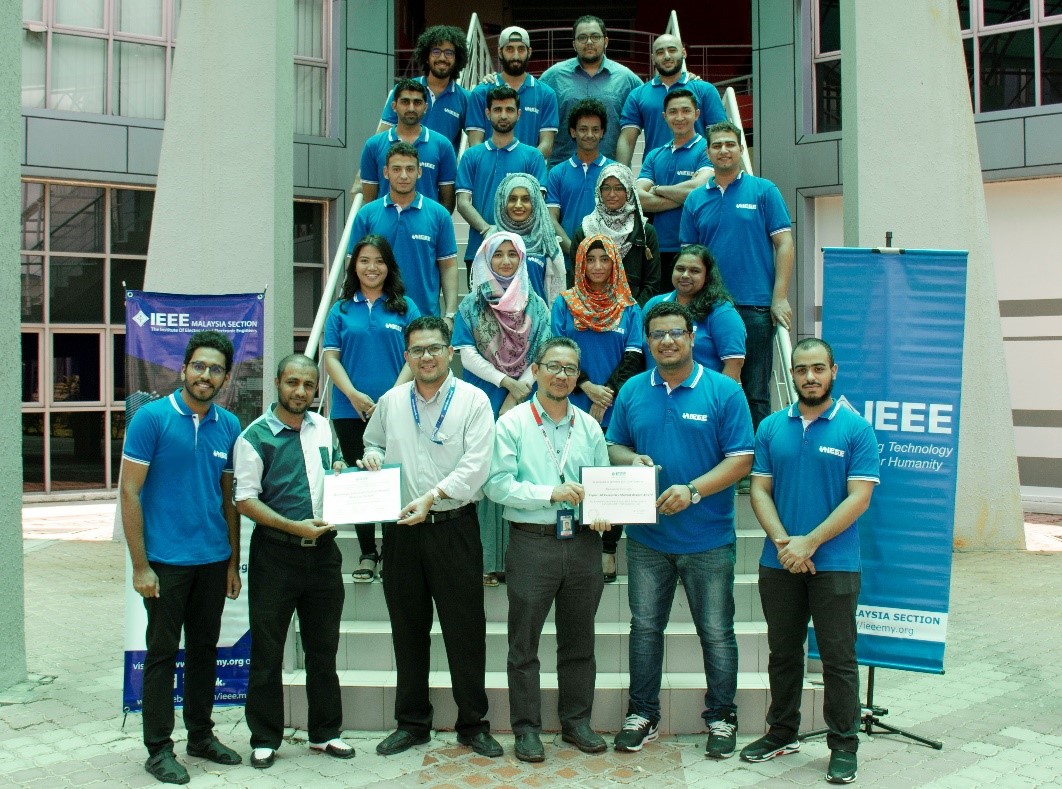 We are pleased to announce that the Multimedia University Student Branch of Institute of Electrical and Electronics Engineers (IEEE) received two awards at the recent IEEE Region 10 Students, Young Professional, Women in Engineering and Life Member Congress (SYWL) 2018 which was held in Bali on 30th August until 2nd September 2018.

IEEE is the world’s largest non-profit technical professional origination based in the United States of America (USA) which is dedicated to advancing technology for the benefit of humanity. IEEE MMU Student Branch was established in 2007 under the guidance of Prof. Dr. Mohamad Yusoff Alias as the Councilor.