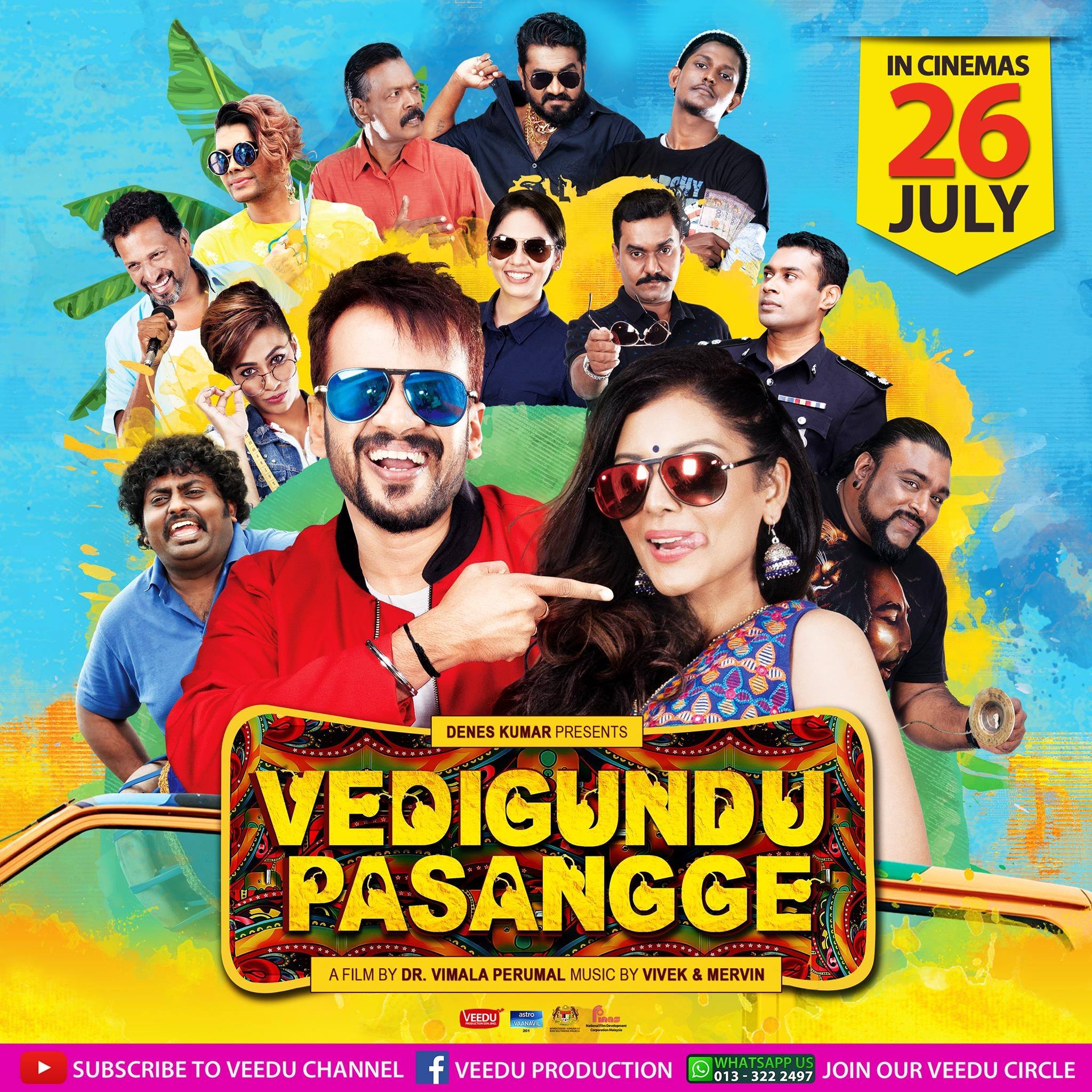 The two-hour 18-minute film was first aired from 26 July in 55 cinemas in the entire country, and became the first Malaysian Tamil film to be screened at five locations in the United Kingdom (UK), India, Singapore and Sri Lanka.

Dr. Vimala Perumal pointed out that Vedigundu Pasangge gives a fresh ‘mood’ mix of comedy genre to the audience whilst portraying a different approach in delivering the theme of the movie that raised the snatch thief issue among Malaysians. “The storyline was filmed based on the true story and was drafted according to local tastes,” she explained to a local media.

Also starring in the film are several popular local Tamil artistes and features the famous India song composer, Vivek-Mervin.  The blended elements of the film have made it equivalent to the standard of Bollywood films that are far more technically, technologically and musically advanced.