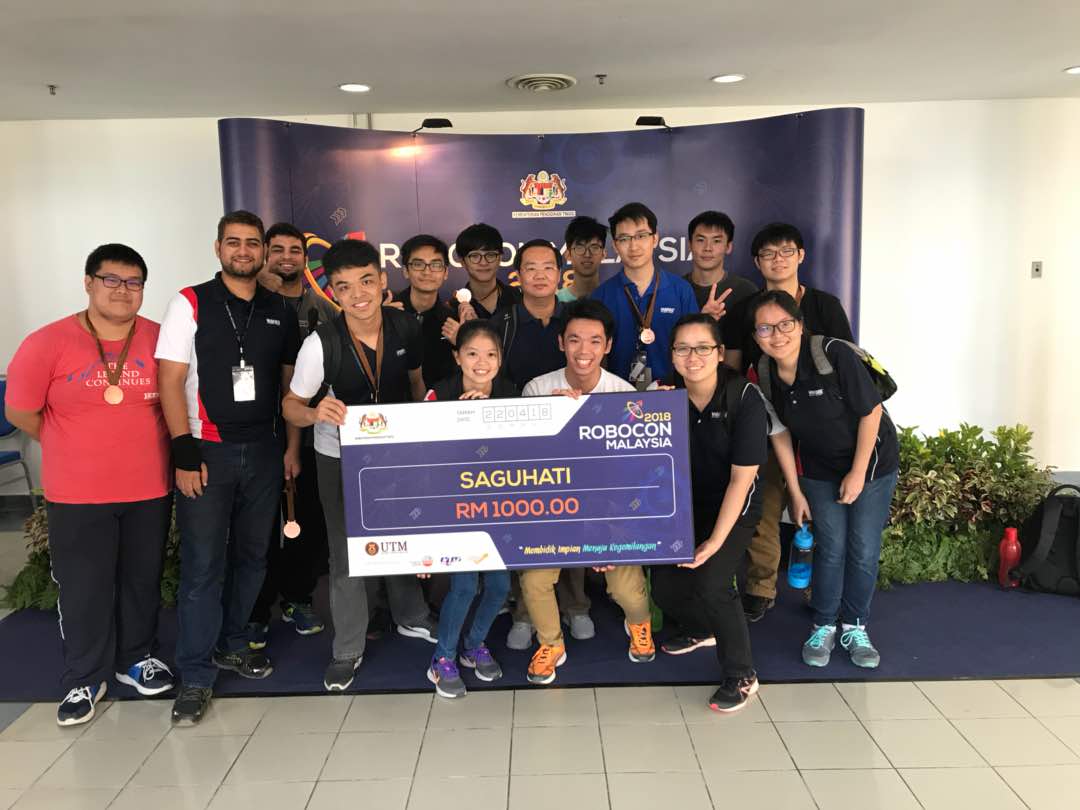 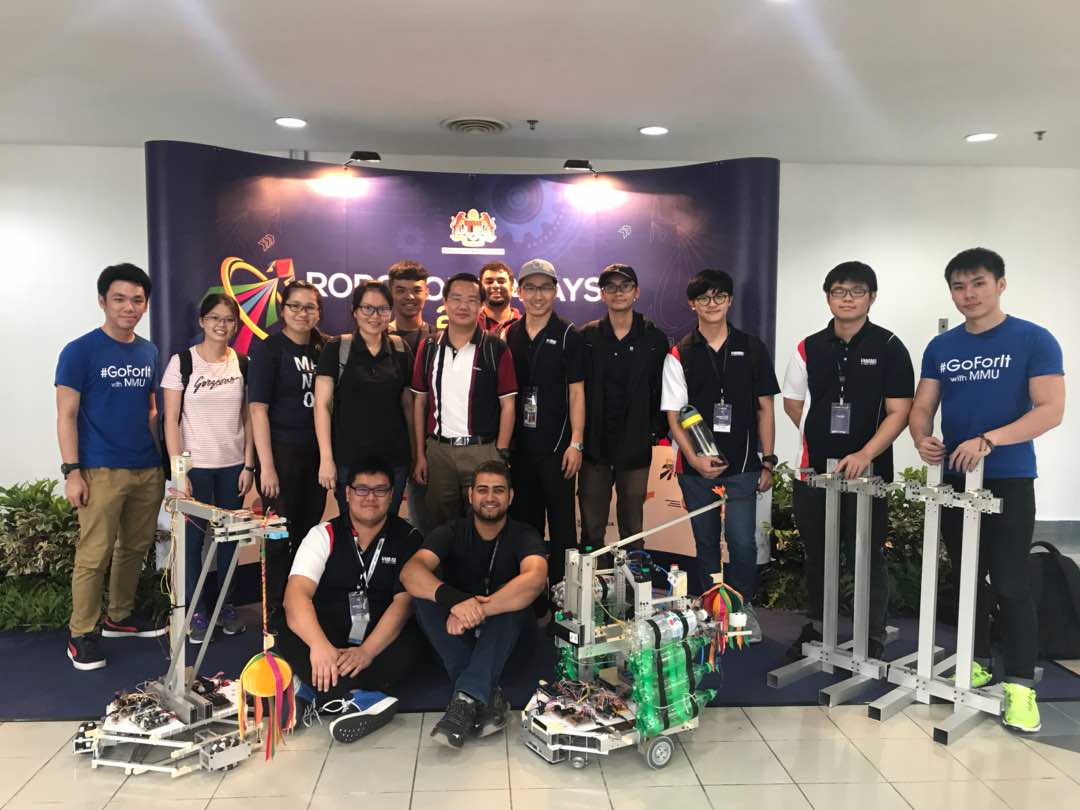 Two lecturers from FOE, Mr Lo Yew Cheong and Mr Cham Chin Lee with 14 undergraduate students participated at Robocon 2018 recently. The national level competition was held in Dewan Seri Sarjana, Universiti Tenaga Nasional (UNITEN) which involved many higher learning institutions in participating for this robot contest. FOE team, which was one of the 36 teams, designed one manual robot and one automatic robot to compete against the opponents.

In line with the theme of the competition. “Membidik Impian Menuju Kegemilangan”, the goal for each team was to complete the challenge and to achieve “Bidikan Emas”. To begin the game, the manual robot will pick up the shuttlecocks from the designated zone and pass them to the automatic robot. The automatic robot will have to throw the shuttlecocks through elevated rings from three different throwing zones. When the Golden Shuttlecocks is thrown through Golden Ring and lands on the Golden Cups, that team has achieved “Bidikan Emas”, thus winning the match.

Our team managed to defeat their opponents in the group stage and elimination round, and made it through to the quarter final. The team eventually won consolation prize worth RM1000.