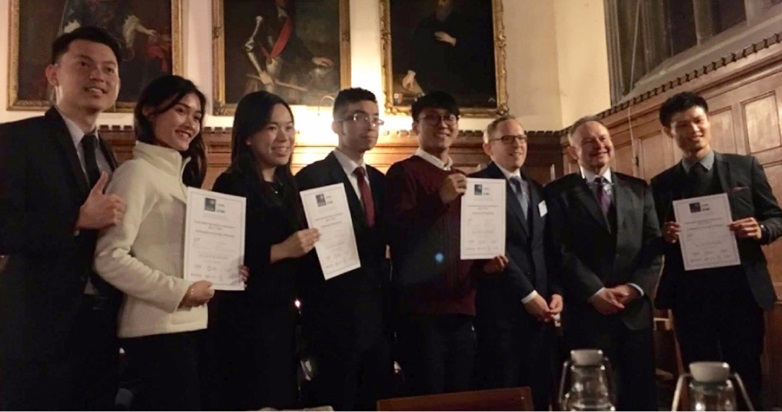 The success secured after their two written submissions to the Oxford Intellectual Property Research Centre (OIPRC) on 11 December 2017. They subsequently received an invitation from the OIPRC to compete in the oral rounds in March 2018, making Multimedia University (MMU), the only Malaysian University and one of the three tertiary institutions from Southeast Asia to be invited to compete in the University of Oxford.

A total of 66 universities submitted their written memorial and MMU was not only amongst the top 28 teams but also emerged as the Joint First Runner-up winners together with University of Hong Kong. The winner for this category went to London School of Economics United Kingdom and the Second Runner-Up award went to University of New South Wales, Australia.