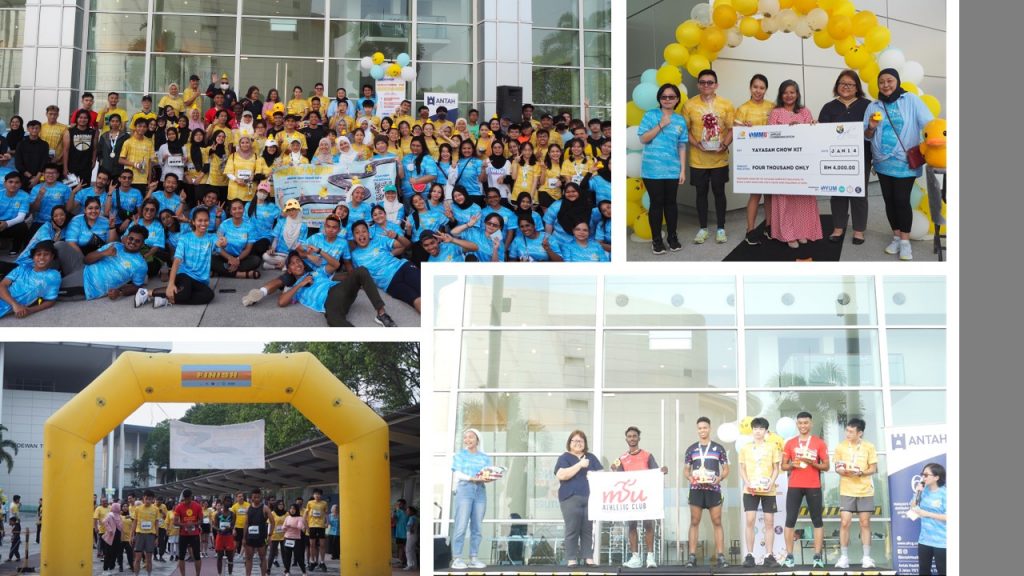 Extend A Helping Hand to Frontliners amid Covid-19 Situation

More than 250 participants took part in a 5KM charity fun run, Quack-A-Run on 14 January 2023. Organised by students from the Faculty of Applied Communication (FAC), this community-based event managed to raise funds of RM4,000 to be donated to Yayasan Chow Kit (YCK) in an effort to build a new home for youth and children at risk. Dr. Ong Sue Lyn, Dean of FAC handed over the mock cheque to a representative from YCK during the event.