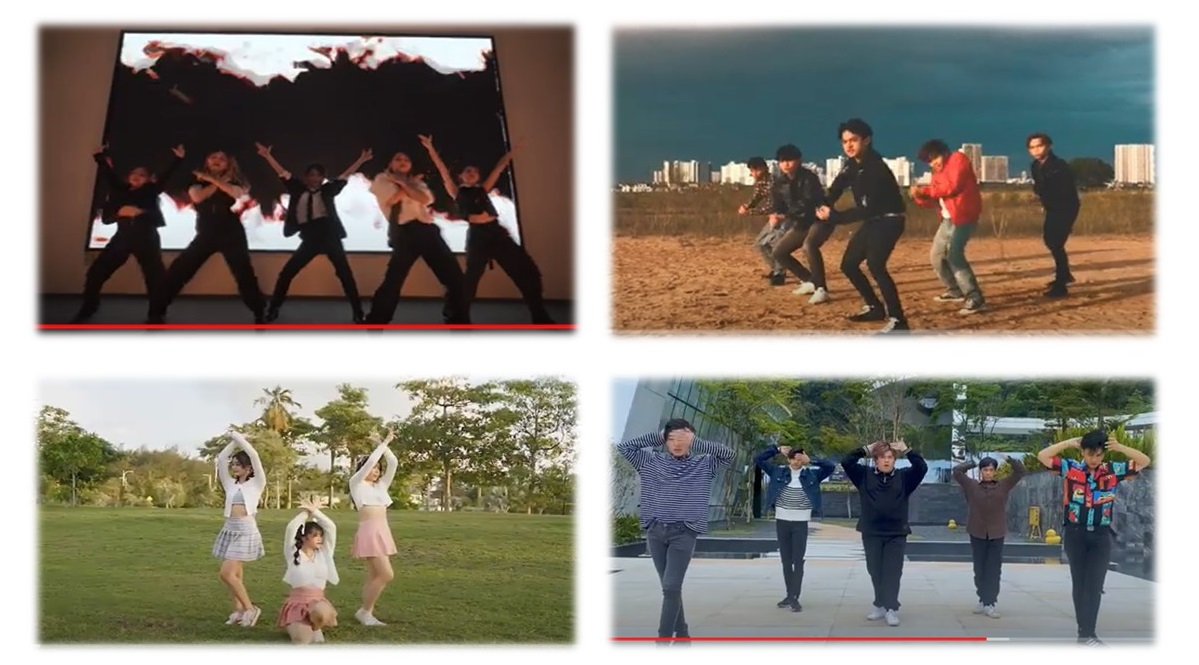 A total of 12 teams competed in the finals of K-Pop Cover Dance Competition that was held on 16 December 2021. Hosted by KSI MMU Melaka, the virtual dance competition received a total of 33 entries from all over Malaysia and the event was also followed by more than 100 people during the finals round. Prof. Dr. Ho Chin Kuan, the Vice President of Academic and International Relations (VP AIR) who graced the event believes that such competition is a good platform for Malaysians to learn and understand more about the Korean language and culture. Through dance, the participants also learned to appreciate teamwork and to gain self-confidence.

MMU students also participated in the competition and five of them were among the finalists in the respective teams, namely Remix, L’coy, JaeQ’s, and Galaxy X. The invited judge for the event was Ms. Lee Sol Lim, who was previously the Director of SM Entertainment SM Academy and currently the Director of Sol Plus Project AGQ and Seoul Land SL Studio. She was impressed by the quality of dance choreographs performed and she will be introducing several selected dancers to an entertainment company in Seoul. After a tough judging session, Entity claimed the first prize worth of RM2000 and medal, while Rose Quartz and Remix were announced as the second and third places. The teams received prizes worth of RM1500 and RM1000, respectively together with the medals.