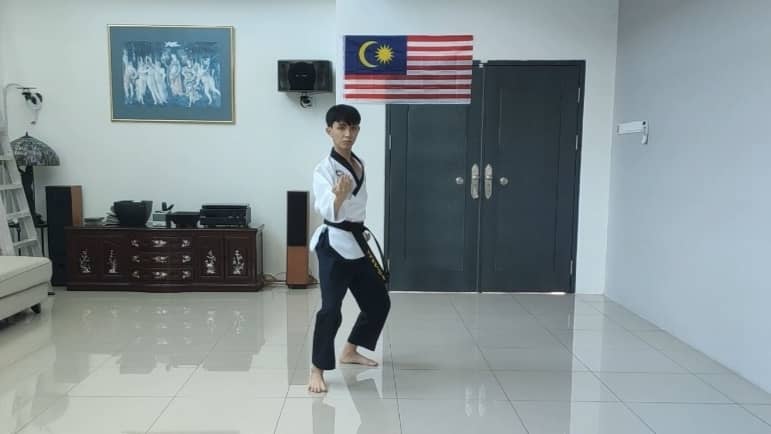 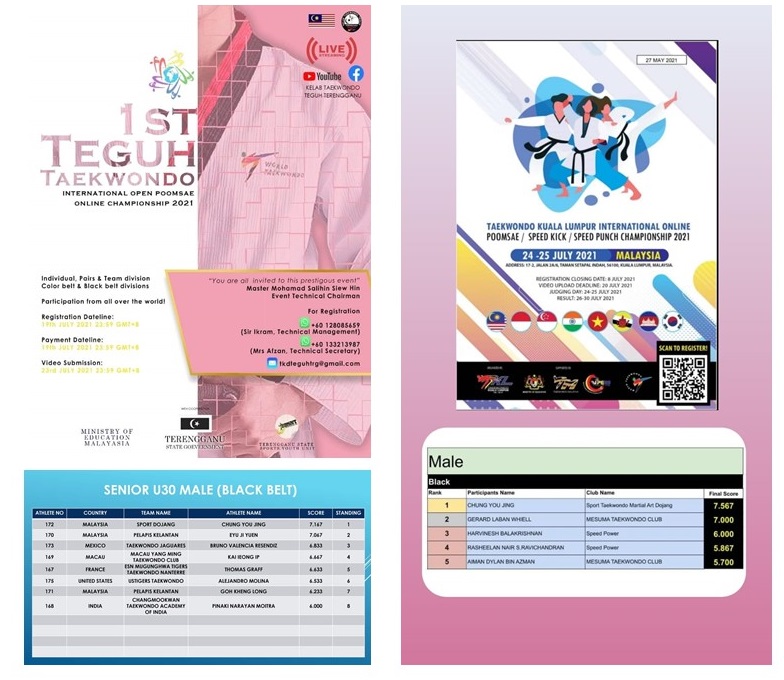 We would like to congratulate Mr. Chung You Jing from the Faculty of Law (FOL) for winning first prize for two championships namely 1st Teguh International Open Online Poomsae Championship 2021 and Taekwondo Kuala Lumpur International Online Championship 2021, recently. You Jing, which is an MMU Sports Scholarship recipient, received medals and e-certificates for his achievements.

The 1st Teguh Championship received warm participation when more than 600 contestants from 33 countries competed in the event.  You Jing defeated other contestants from Mexico, France, the United States, and India for Individual Poomsae under the category of senior U30 Male (Black Belt). Apart from that, You Jing also demonstrated his excellent skills in the Taekwondo Kuala Lumpur Championship, when he emerged as the first winner for Individual Poomsae Male Under 30 in the competition.