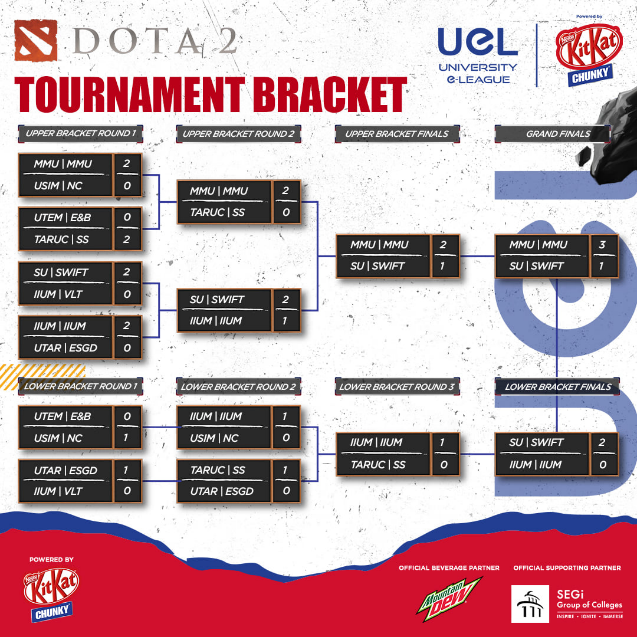 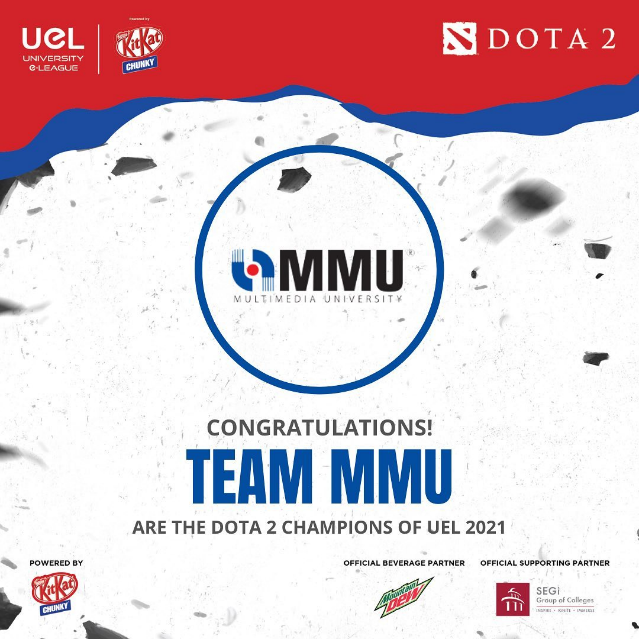 We are proud to share an achievement by MMU Dota 2 team emerged as Champion in the University e-League Dota 2 Grand on 18 July 2021. The team members namely Jackie Foo from the Faculty of Information Science and Technology (FIST), Tan Kee Gen from the Faculty of Computing and Informatics (FCI), and Benjamin Koh from FIST walked away with a cash prize of RM 2,500 after defeating Sunway team in the finals. A total of 12 teams participated in the UeL 2021 in DOTA 2, and only 8 teams were shortlisted to compete in the playoff stage that was held for two days.

Organised by Esports Business Network (EBN) and Prime Sports International (PSI), the University e-League features 4 games titles: Dota 2, Mobile Legends: Bang Bang, League of Legends, and League of Legends: Wild Rift and Valorant. The UEL Vision is to harness a sense of pride among Malaysian students in representing their varsities while amplifying the values of healthy competition between higher learning institutions.