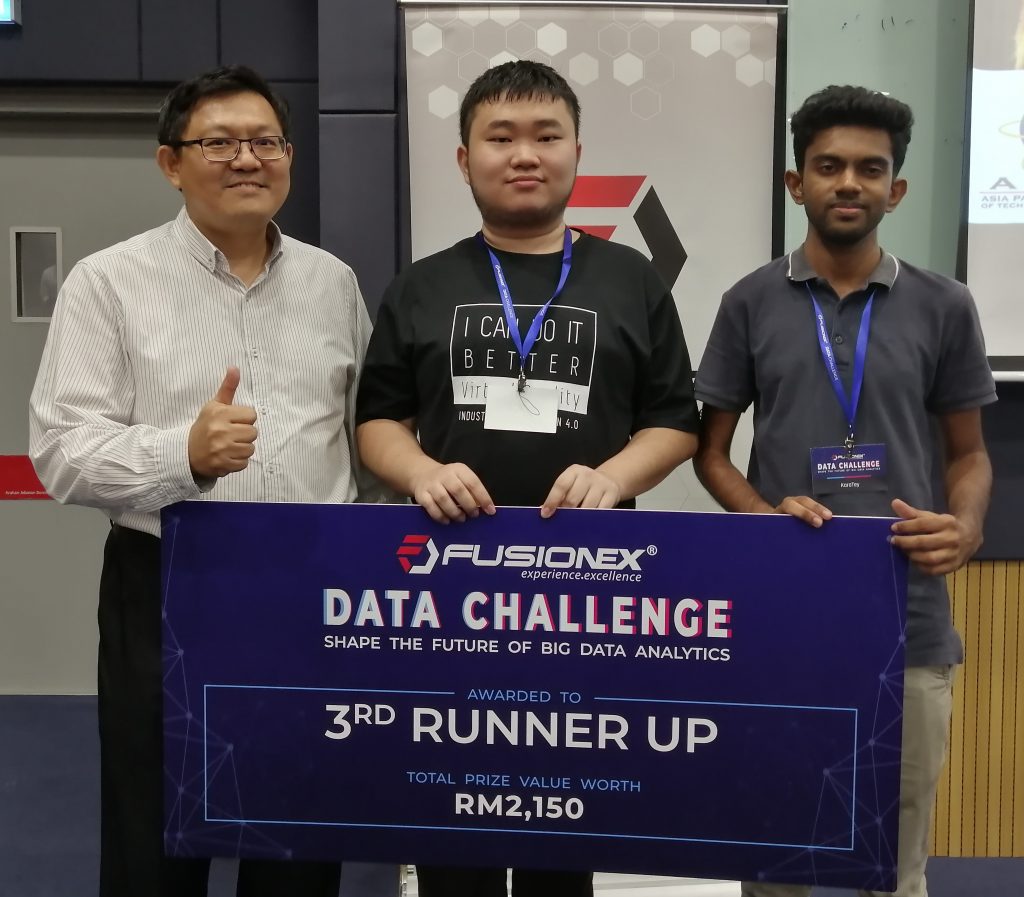 The participants were given less than 24 hours to explore, visualise and analyse the given dataset, followed by the pitching session to demonstrate how explored data can be used to solve some real-life problems. There were 6 finalists including 3 teams from MMU, APU, UTAR and Monash competed with each other on the championship.

As a result, ‘’Whatever’’ team consisted of students from the Faculty of Computing and Informatics (FCI) Yeo Yong Yaw, Too Seng Wei and Foo Chi Siong, who have worked on E-commerce dataset won the second runner up, while Tay Wei Long (FCI) and Kannan Ravinther (FIST) from “Karatay” team which focused on sales prediction was announced as the third runner-up. The teams brought home RM4, 300 and RM2,150 in prize respectively.
Well done!