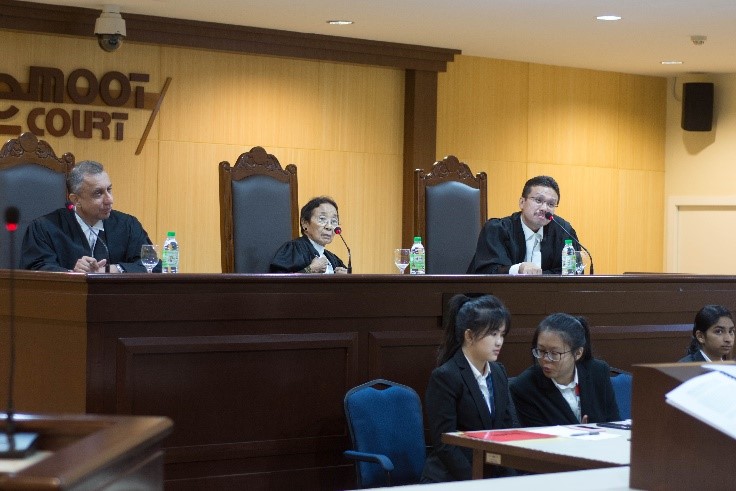 The Multimedia University Law Society (MULS) had successfully organised the Grand Finals of the Law Moot Competition 2018/2019 recently. This is an internal moot competition organised annually with the aim of providing students with a platform to develop and showcase their mooting and advocacy skills, which are of utmost importance to students pursuing a law degree.

The top two pairs of mooters from the English and Bahasa Malaysia Moot respectively during the Preliminary Round had advanced into the Grand Finals. Several prominent lawyers were invited to be judges for the Grand Finals. Pn. Hendon Mohamed, Mr. Jaspal Singh Gill and Mr. Jason Kay Kit Leon were invited to adjudicate for the English Moot, while Mr. Goh What Sing, Mr. Azrul Zulkifli Stork and Mr. Wong Fook Meng for the Bahasa Malaysia Moot.

Congratulations to all the mooters!