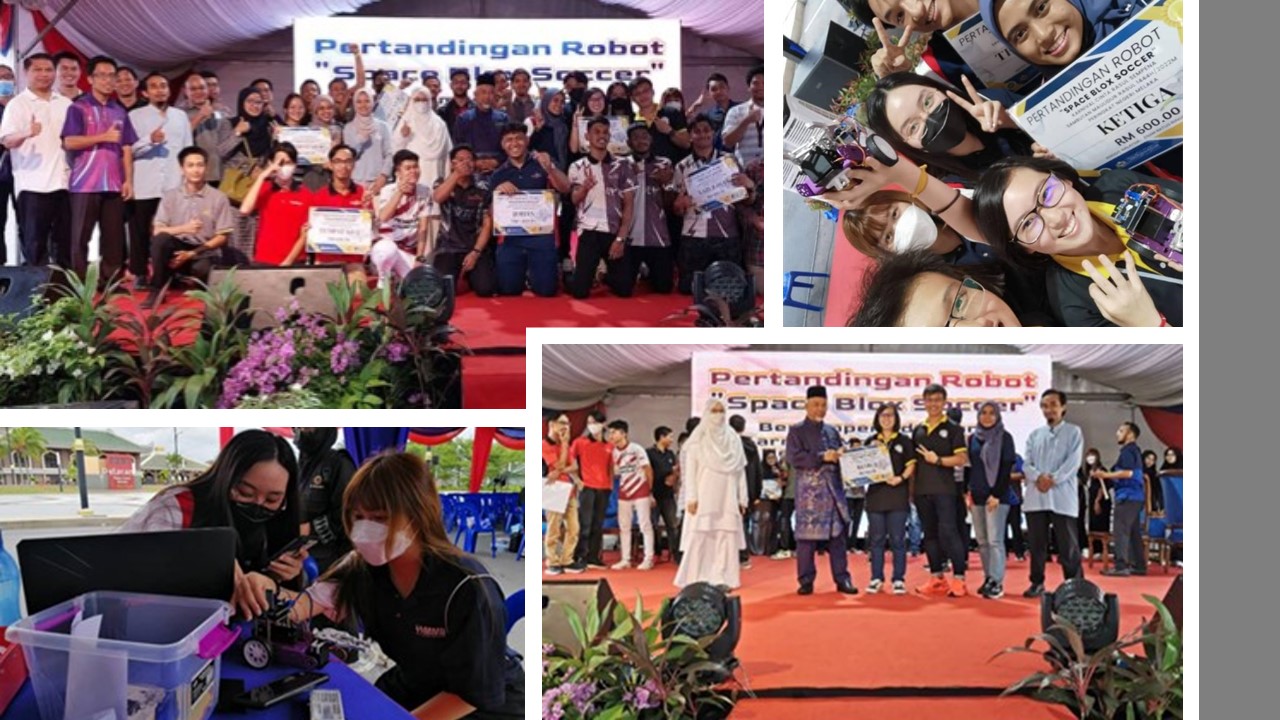 Two student teams from the Faculty of Engineering and Technology (FET) participated in the Space Blox Soccer competition, recently. The first team, Jupiter comprised of Husna Aqhilah Rashid, Ong Rou Yeun, and Lau Shun Ze won third place and walked away with a cash prize of RM600. While the second team represented by Teong Xi Wen Meredith, Lee Xi Xuan, and Brandon Ang Wei Searn was in ninth place in the competition. Mentored by Dr. Khair Razlan Othman, the team succeeded to assemble, program, and control a robot that ultimately led to their victory.

Held at Dataran Pusat Islam Melaka, the competition was also participated by several higher education institutions in Melaka including Merlimau Polytechnic, Advanced Technology Training Centre (ADTEC), Universiti Teknikal Malaysia Melaka (UTeM), Vocational College, and others. In the competition, the participants were first required to assemble and programme their robots by using their skills and expertise within the required time. They then used their bot to battle with other competitors. Jupiter team led by Husna managed to beat the other participants and emerged as a Group Champion before settling down to the third place. The event was jointly organised by Jabatan Agama Islam Melaka (JAIM) and UTeM in conjunction with the carnival Cinta Rasul, which commemorates the Prophet Muhammad SAW’s birthday. The competition assuredly helps the participants to nurturing positive competitiveness among themselves.