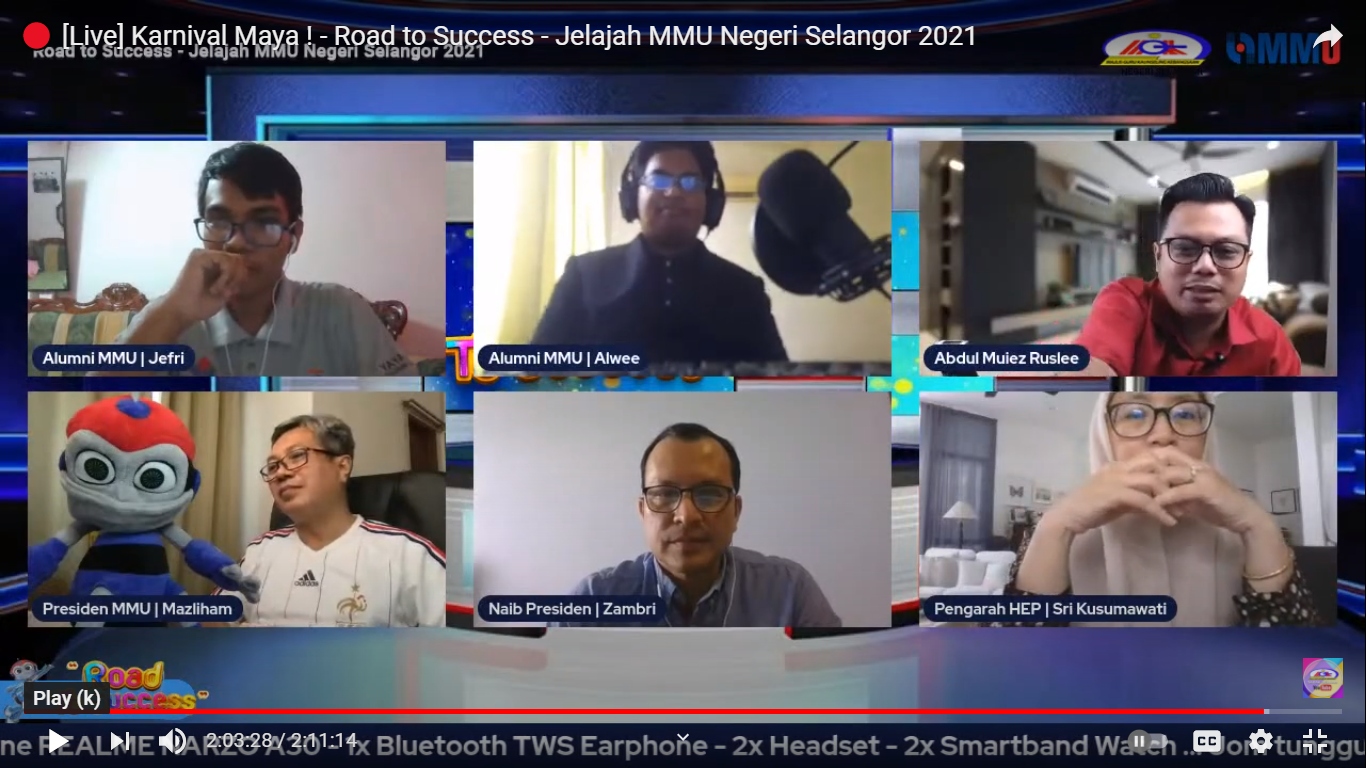 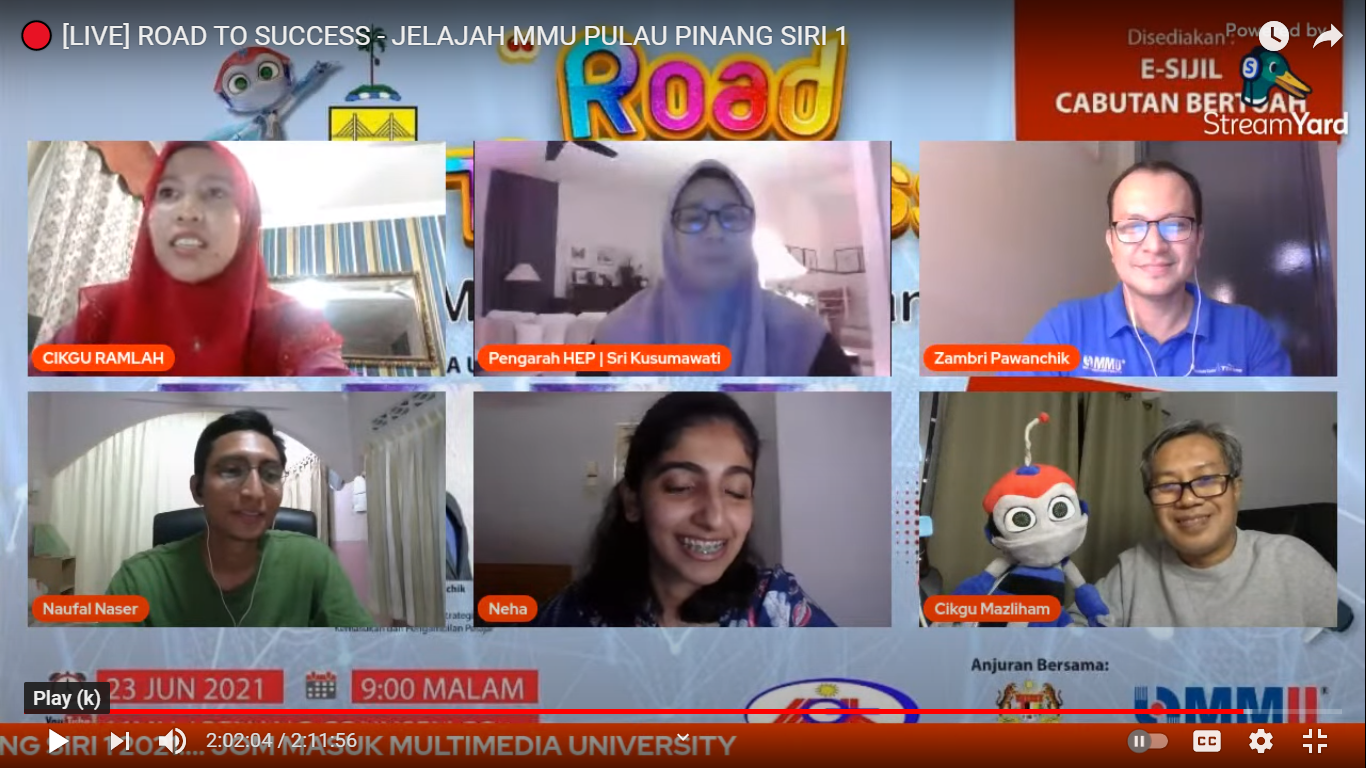 Prof. Dato’ Dr. Mazliham Mohd Su’ud, the President started the session by introducing MMU and he shared on the MMU alumni who are successful in the animation industry namely Mohd Nizam Razak (creator of Boboyboi) and Muhammad Usamah Zaid (creator of Ejen Ali).

The sessions were also participated by MMU students namely Mr. Alwe Jaafar and Mohd Jefri Muril from Selangor as well as Ms. Neha Bhubhindar Singh and Mr. Ahmad Naufal Nasser from Pulau Pinang shared their experiences when they were pursuing their bachelor’s degrees at MMU. Prof. Dato’ also encouraged future students to explore new things and discover their potential within themselves.

The next session was conducted by Mr. Zambri Pawanchik, Vice President of Strategic Marketing, Admission and Recruitment (SMART) where he explained on the programme domains, scholarships, and financial available for prospective students to join MMU. On top of that, the students were also briefed on the students’ campus life as well as campus facilities by Mdm Sri Kusuma Wati Mohd Daud, Director of Student Affairs Division (STAD). It is hoped that this initiative can be continued for prospective students to discover more about this varsity and its educational opportunity.

You may click the link to watch the session: