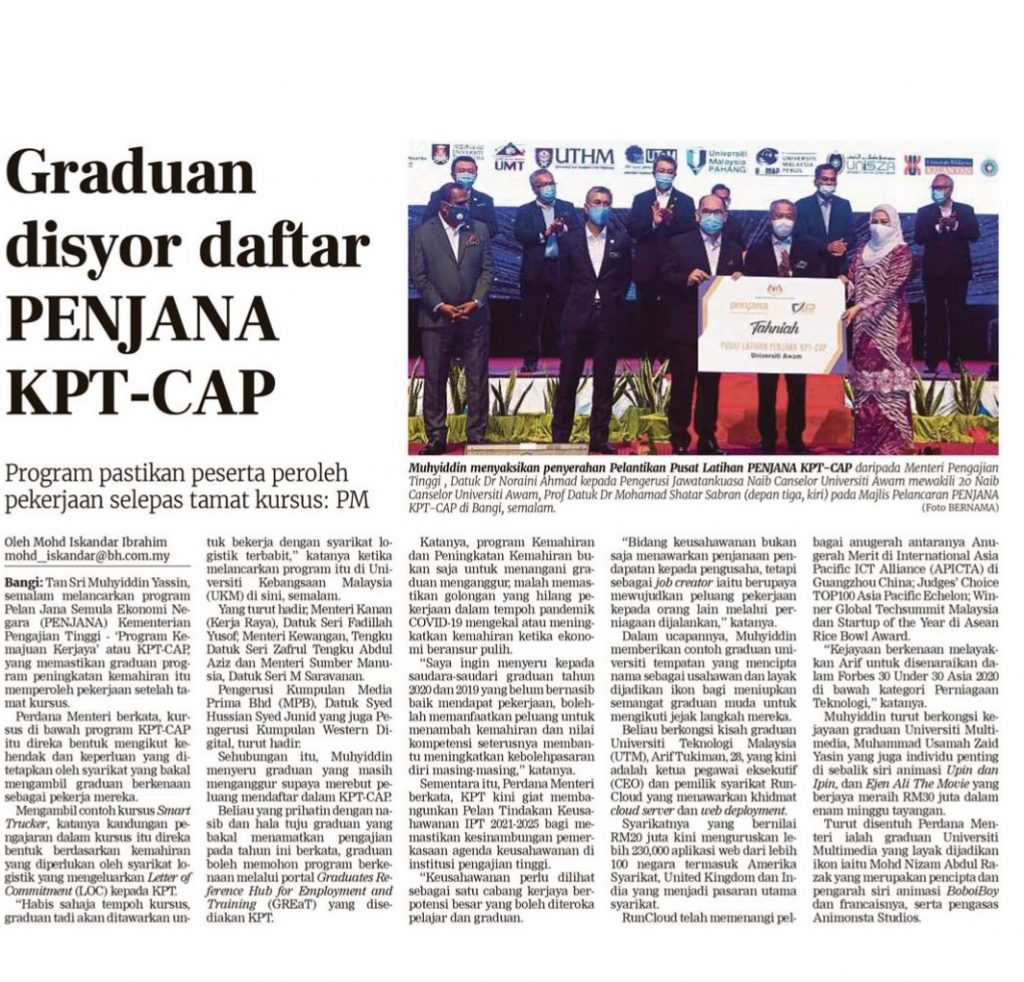 Prime Minister of Malaysia, Tan Sri Muhyiddin Yassin shared the success of our alumni namely Muhammad Usamah Zaid Yasin and Mohd Nizam Abdul Razak in his speech during the launching ceremony of Ministry of Higher Education’s National Economic Reform Plan (PENJANA) Career Advancement Programme or KPT-CAT in Bangi recently. The programme is an initiative for graduates to boost their employability skills and marketability.

In his speech, Tan Sri Muhyiddin named a few local university graduates who are successful as entrepreneurs and deserved to be inspiring icons for their future. Our FCM alumni, Usamah Zaid, is an important figure for animated series of ‘Upin and Ipin’ and ‘Agent Ali The Movie’, which had collected RM30 million in six weeks of screening. On top of that, Nizam Razak, the creator and director of BoboiBoy also has its own mark in the Malaysian’s animation industry. The University is proud and delighted with the milestones by our Permata Dunia and all the best in the future endeavour!