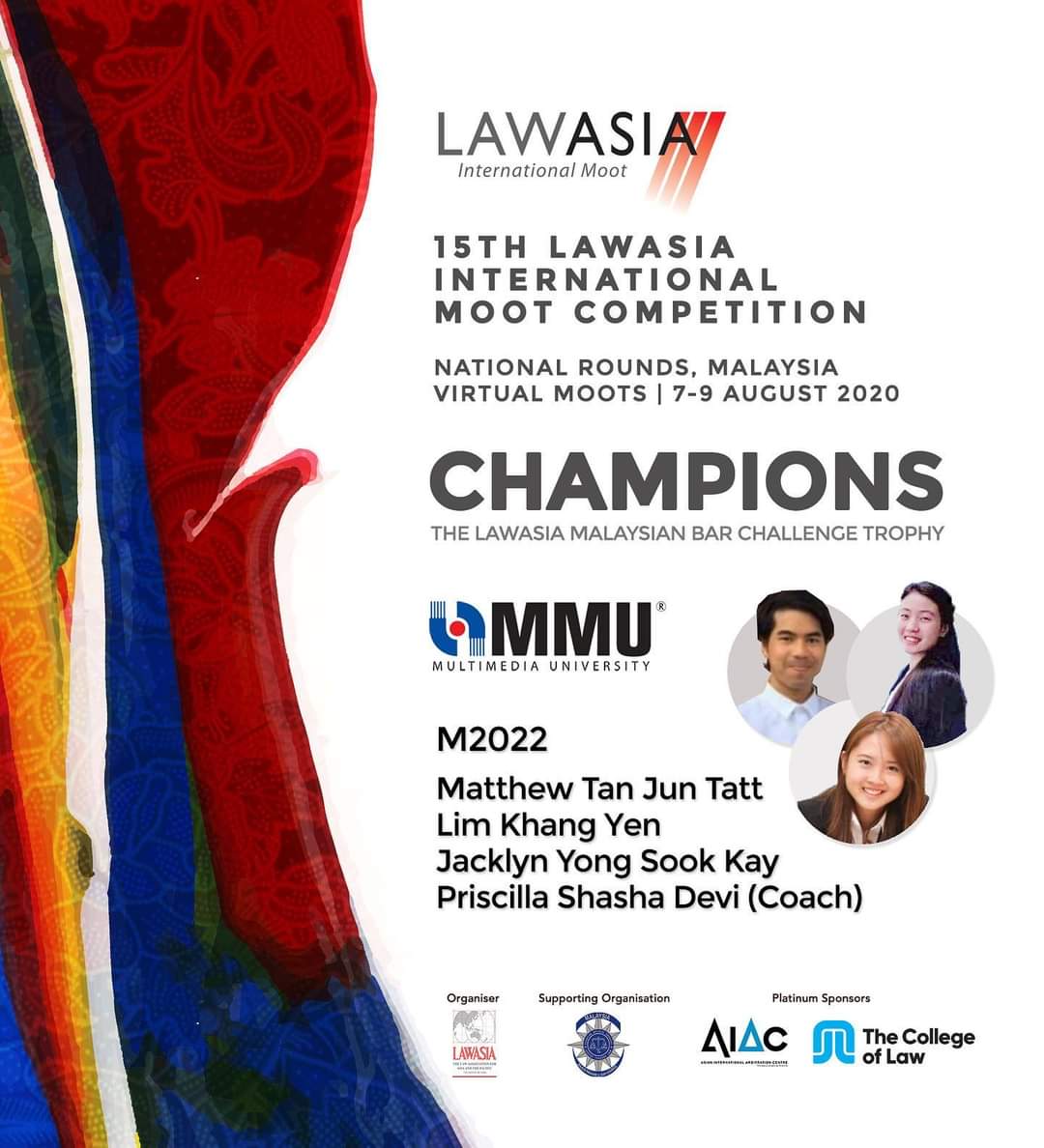 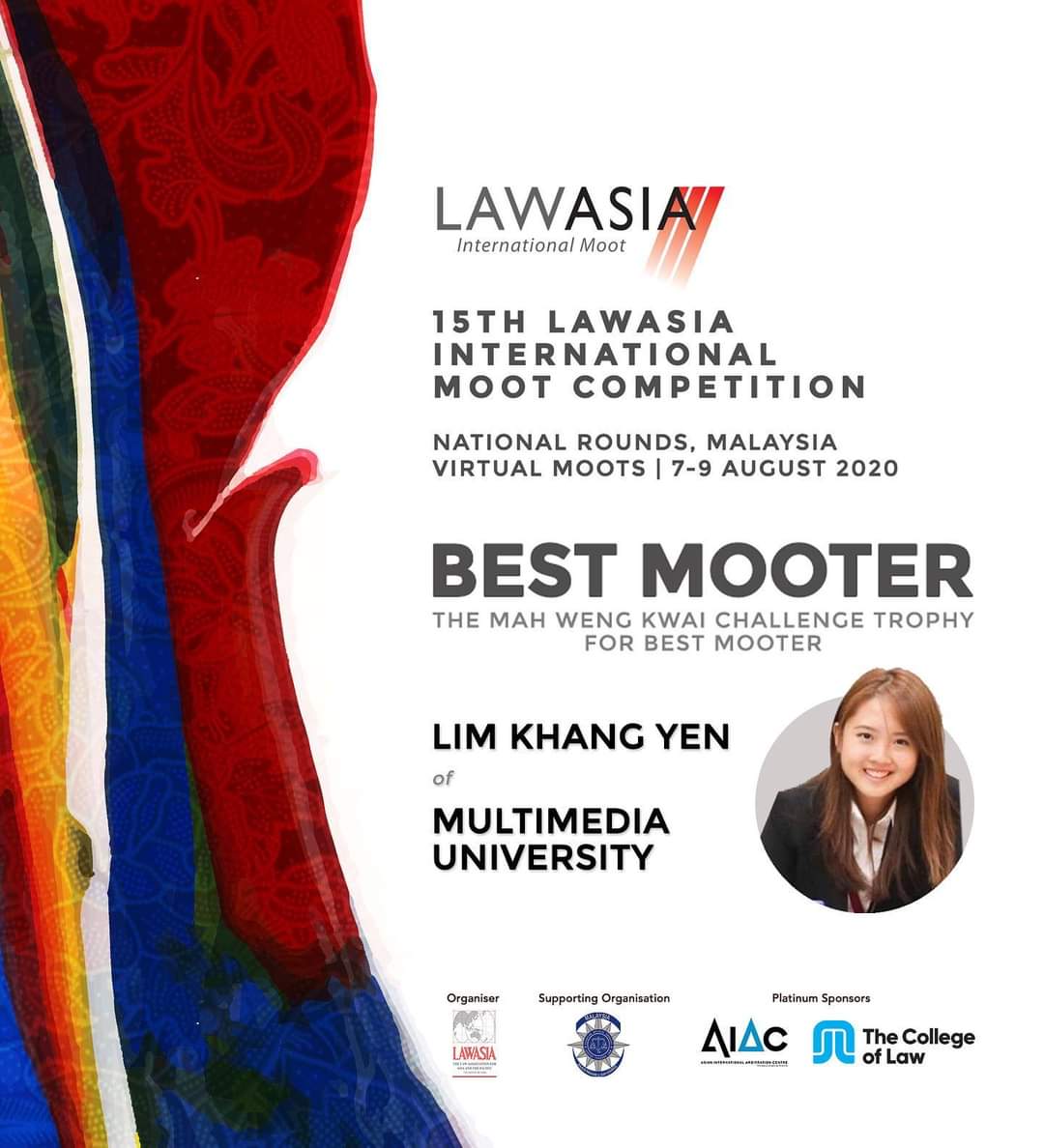 We are proud to announce that Multimedia University (MMU) emerged as the champion defeating the team from Universiti Malaya (UM) at the 15th LAWASIA International Moot Competition (National Rounds), which was held virtually from 7 until 9 August 2020. The MMU team consisted of Law students namely Matthew Tan Jun Tatt, Lim Khang Yen, Jacklyn Yong Sook Kay, and their coach Ms. Priscilla Shasha Devi. It was a double-winning for MMU when Lim Khang Yen also bagged the Best Mooter in the competition and had been awarded the Mah Weng Kwai Challenge Trophy.

The competition is an annual international moot court competition that is organised by LAWASIA, an international organisation mainly comprising bar associations, lawyers, judges, and academics. For the 2020 LAWASIA (National Rounds), MMU team managed to get into the semi-finals with three other teams; two teams from UM and one team from Taylor’s College. Our students managed to be listed as finalists and competed with the team from UM in the Grand Finale. As for international rounds, the winning team will represent Malaysia in Mongolia.

Let’s congratulate our mooters for their outstanding achievement and best of luck in your future endeavours!