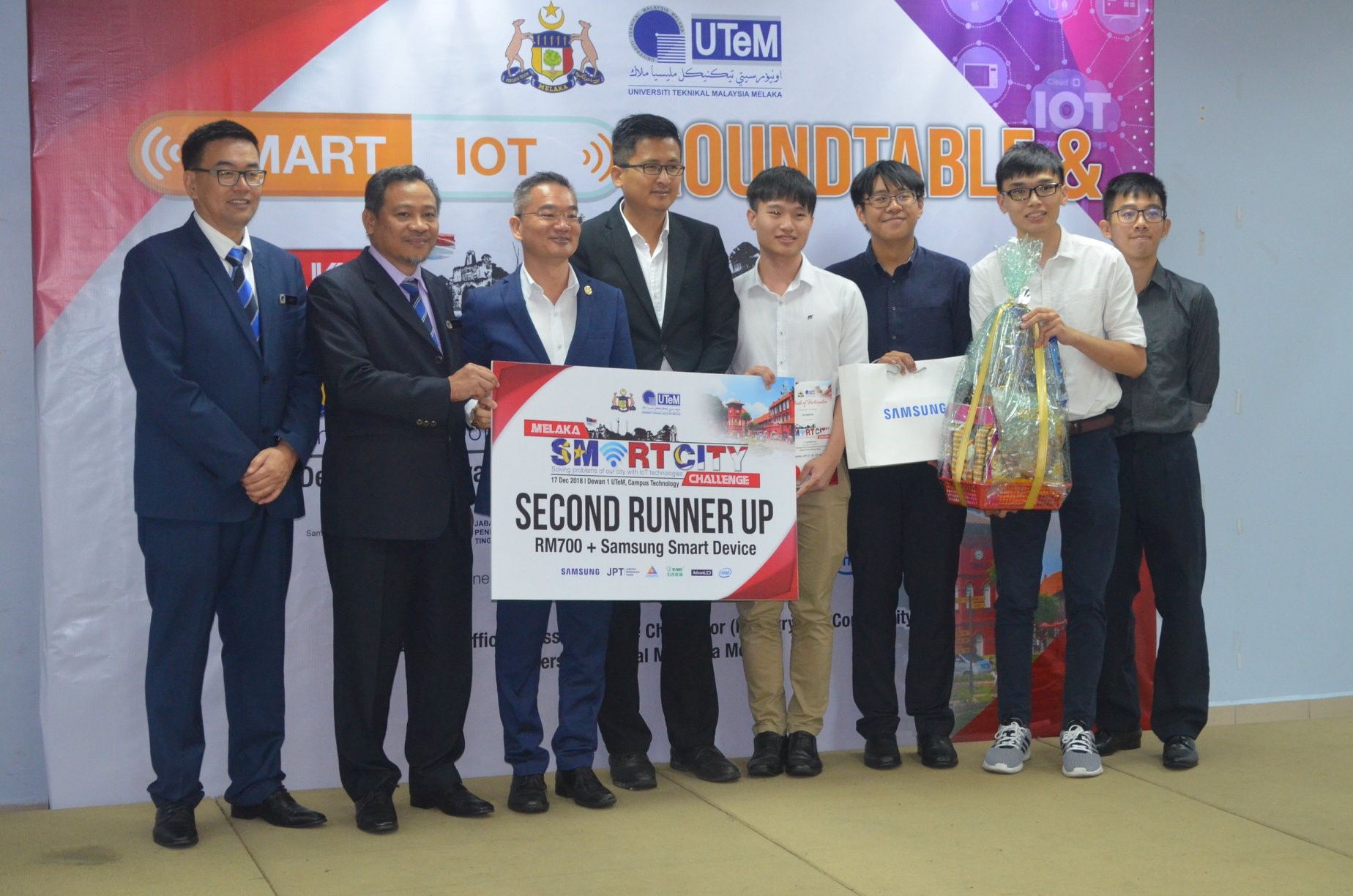 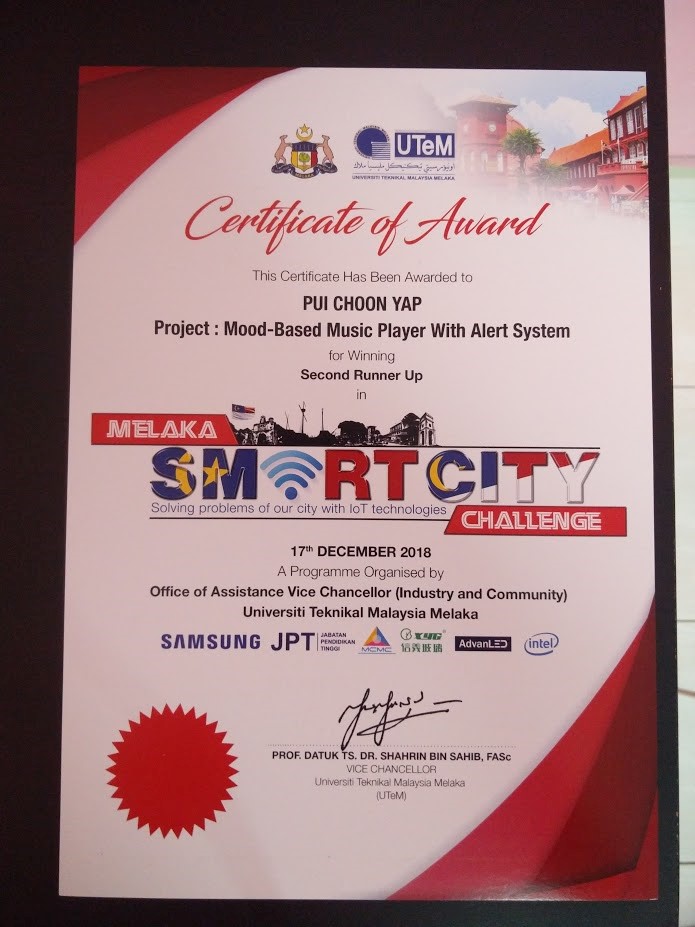 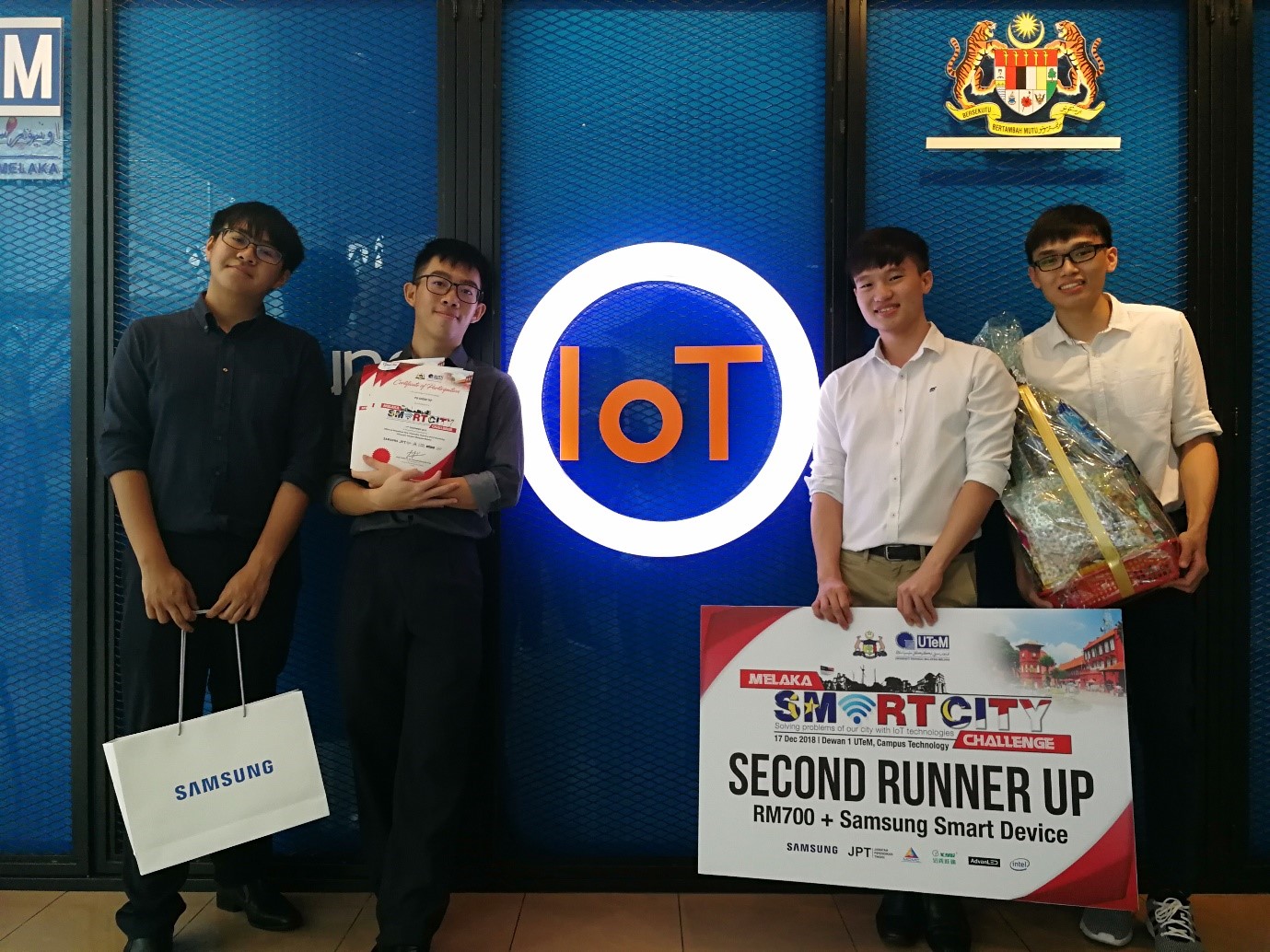 The project develops an IoT device which is attached to the dashboard of a car to perform mood recognition as well as drowsiness detection. A mobile application is implemented to play music based on the user’s mood. The mood of the user is detected by the facial expression of the user. Besides, a drowsiness alert will be raised if drowsiness is detected. A drowsiness notification will also be sent to nearby drivers to warn them about the existence of a drowsy driver near them.

A total of fifteen teams had been selected as the Top 15 of the competition. An IoT Bootcamp by industry partners was conducted to host the Top 15 finalists in a workshop to further improve their prototypes as a value-added for participants. During the competition, the participants had to pitch to the judges, followed by a brief Q&A session. The judges evaluated presentations on relevancy, economic/social/environmental benefits, technical, and innovation of the projects. Only five teams made it to the Grand Finals and the MMU team emerged as the second runner-up.