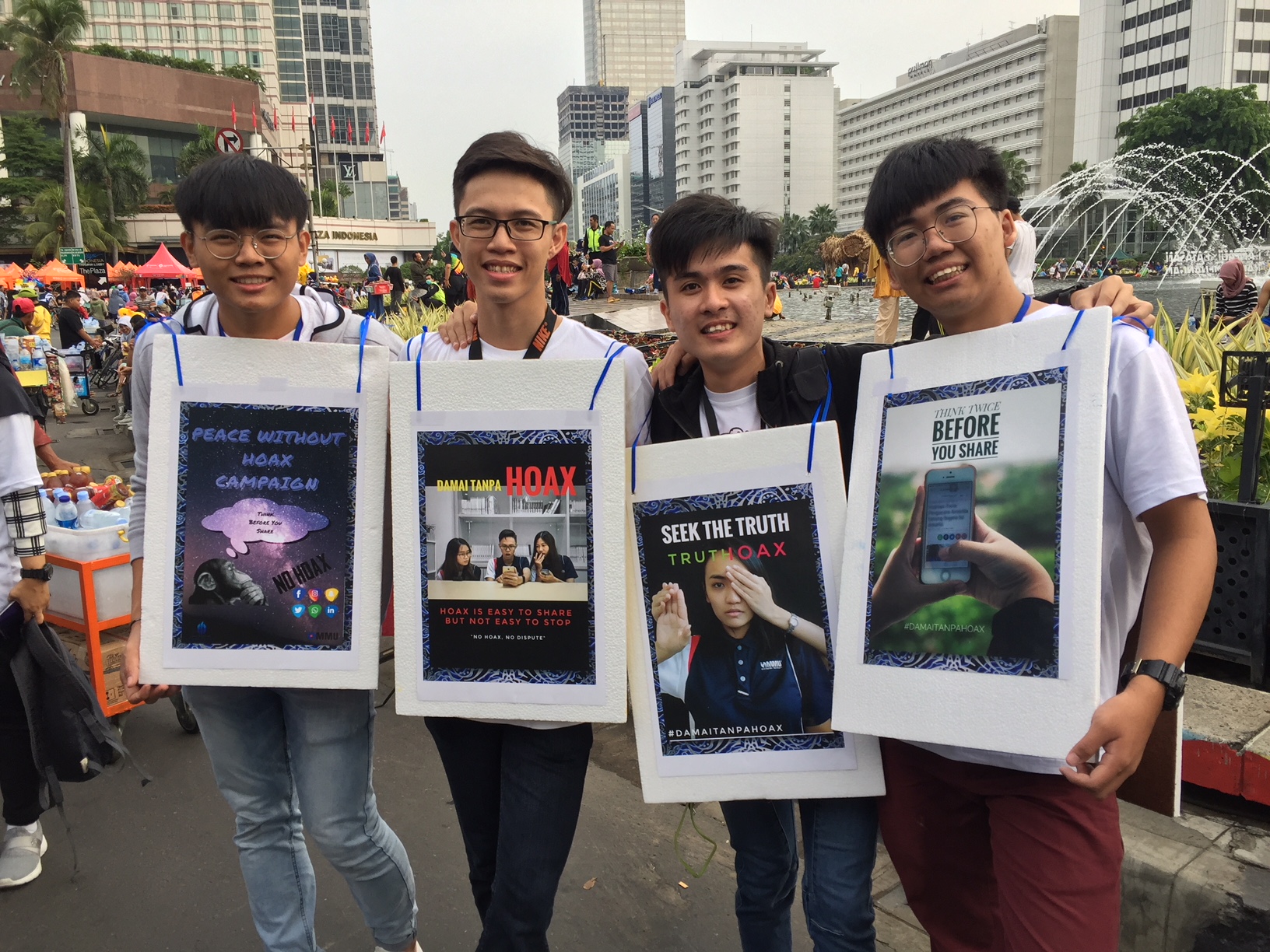 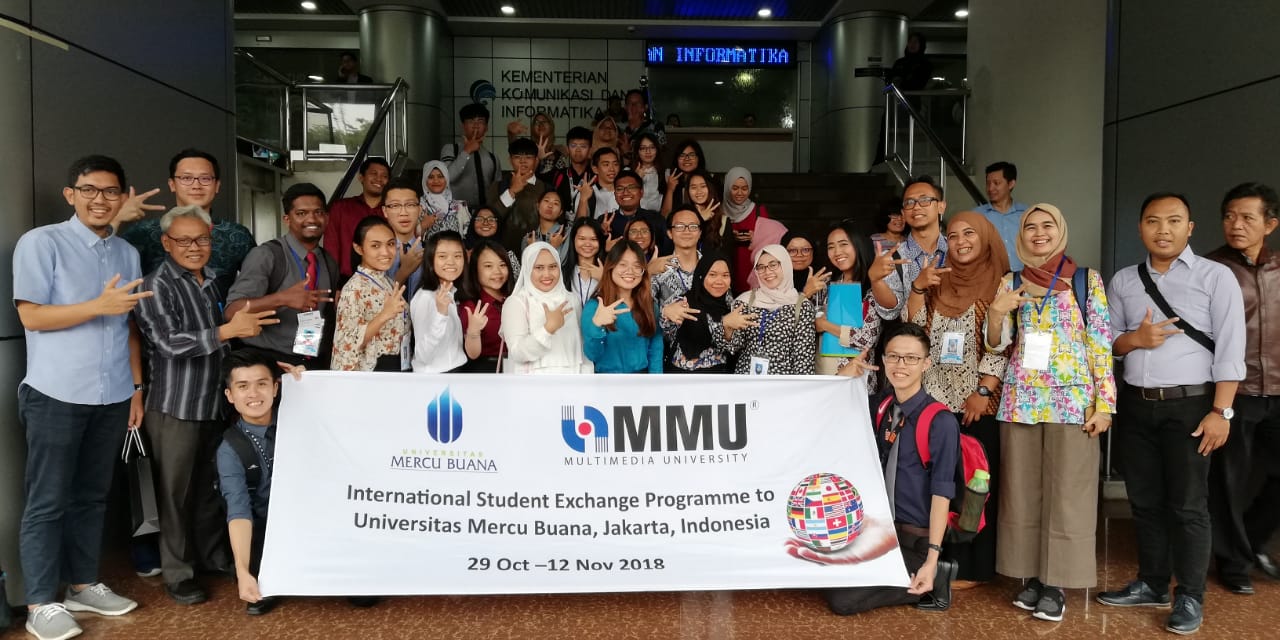 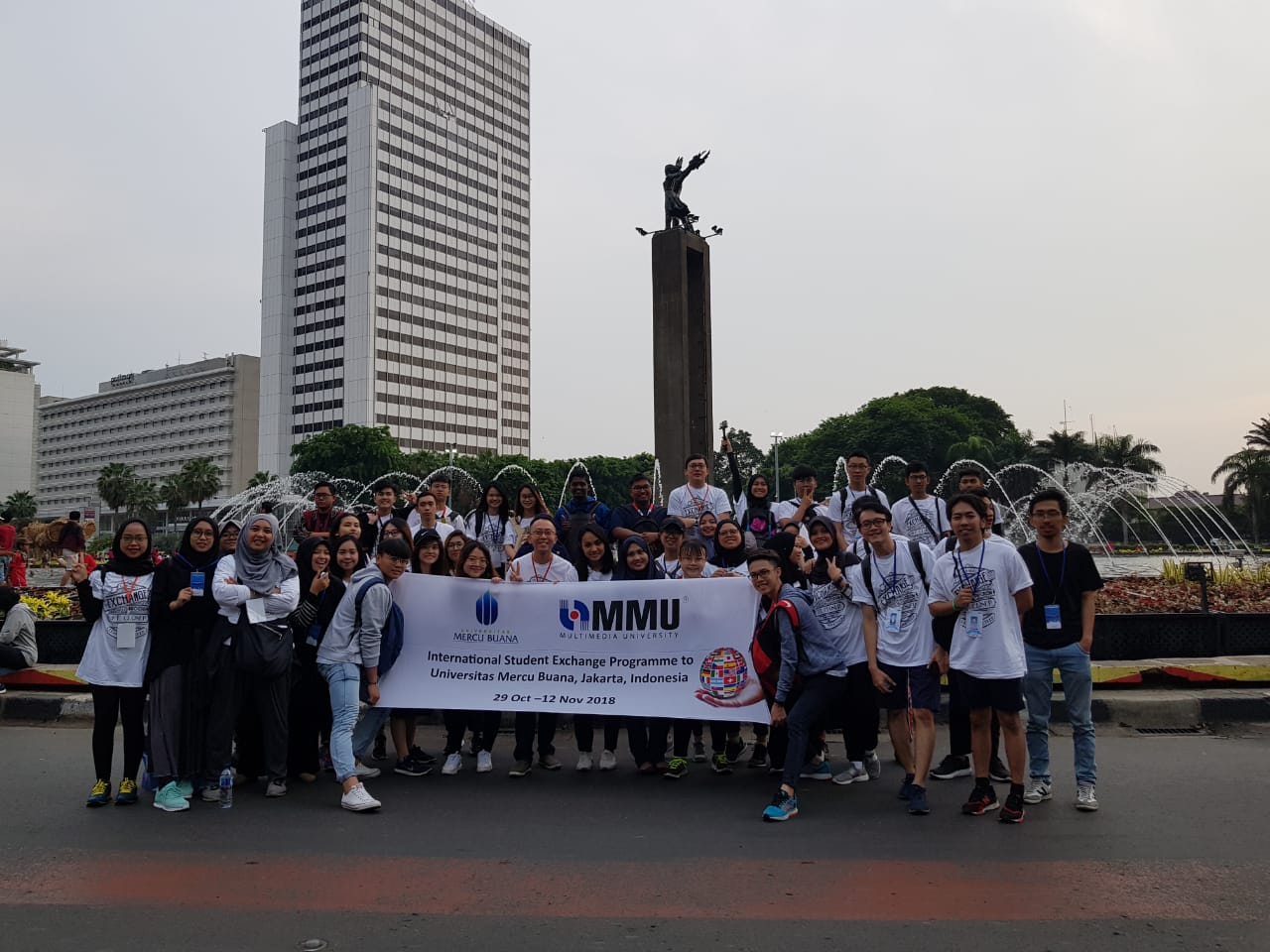 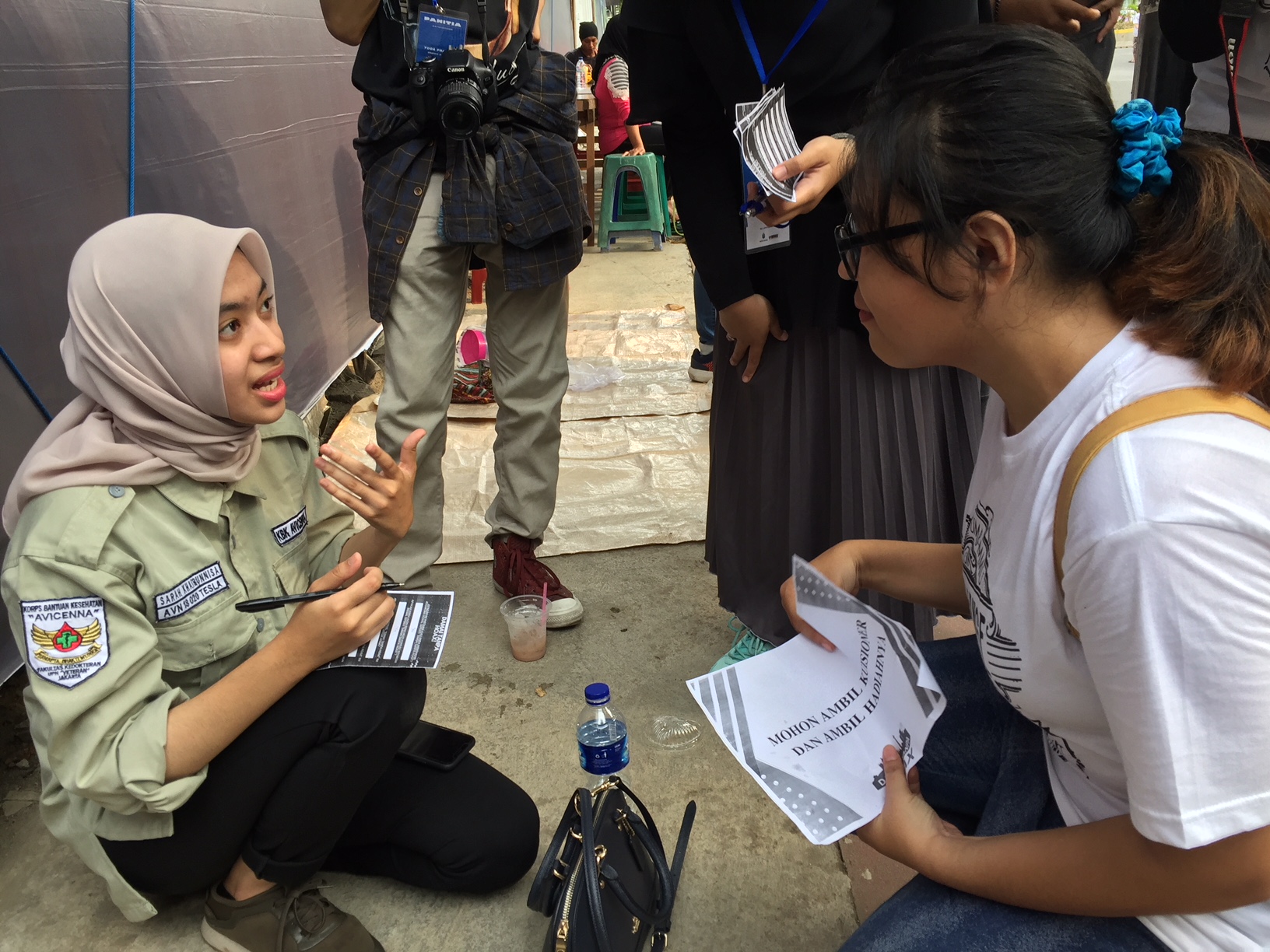 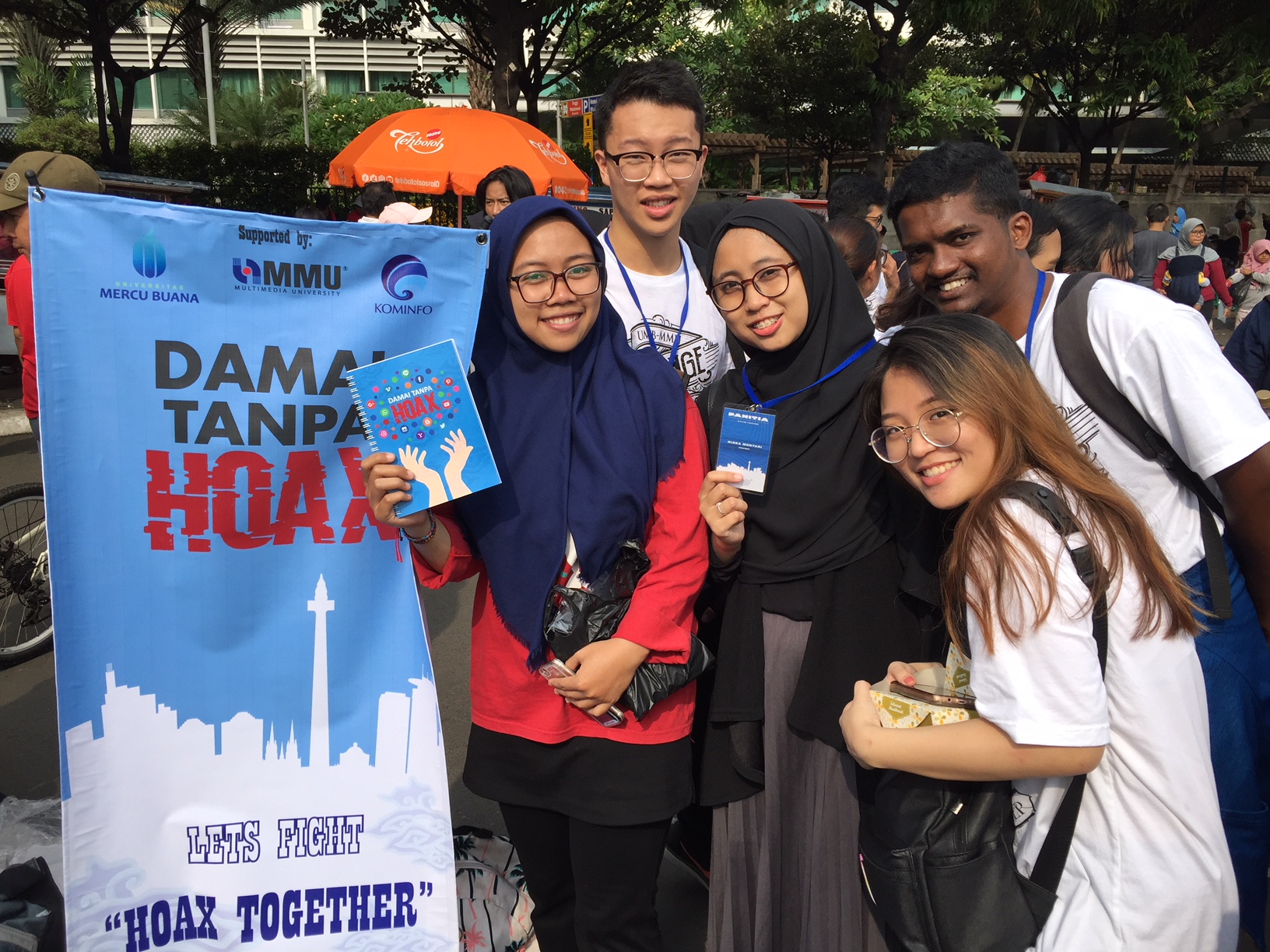 A total of 22 students from Faculty of Business jointly conducted a social campaign named “Peace Without Hoax” or “Damai Tanpa Hoax” with students from Universitas Mercu Buana (UMB) during the Car Free Day at Thamrin Square, Jakarta, Indonesia. Supported by the Ministry of Communication and Information Technology (KOMINFO) of the Republic of Indonesia, the social campaign is part of the International Students Exchange Programme to UMB which was held from for two weeks recently.

The students from both universities also paid a courtesy visit to the Ministry of Communication and Information Technology (KOMINFO) of the Republic of Indonesia. Representing the Head of Public Relations Bureau, Mr. Sugeng welcomed the lecturers and students from both universities. During the visit, a dialogue entitled “The Development and Challenges of Digital Economy in Indonesia” was held followed by a fruitful discussion between the officers and the students. Representing MMU was Mr. Tan Gek Siang who expressed his heartfelt appreciation to KOMINFO for supporting the “Peace Without Hoax” social campaign, as well as hosting a dialogue for academicians and university students to gain insights on the transformation of the digital economy in the Southeast Asia region.