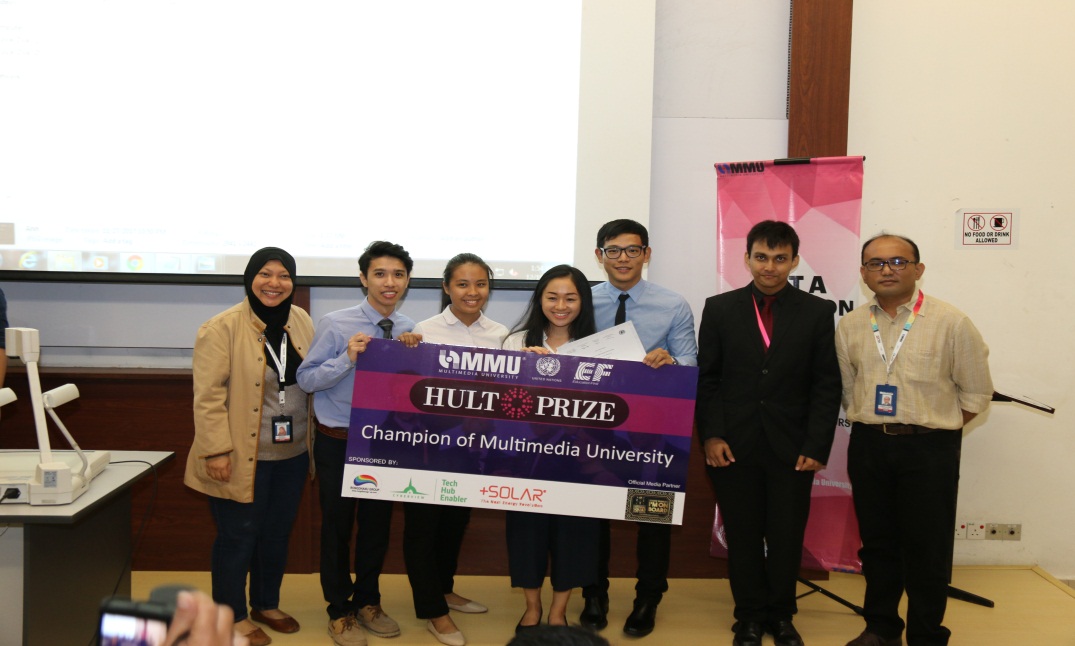 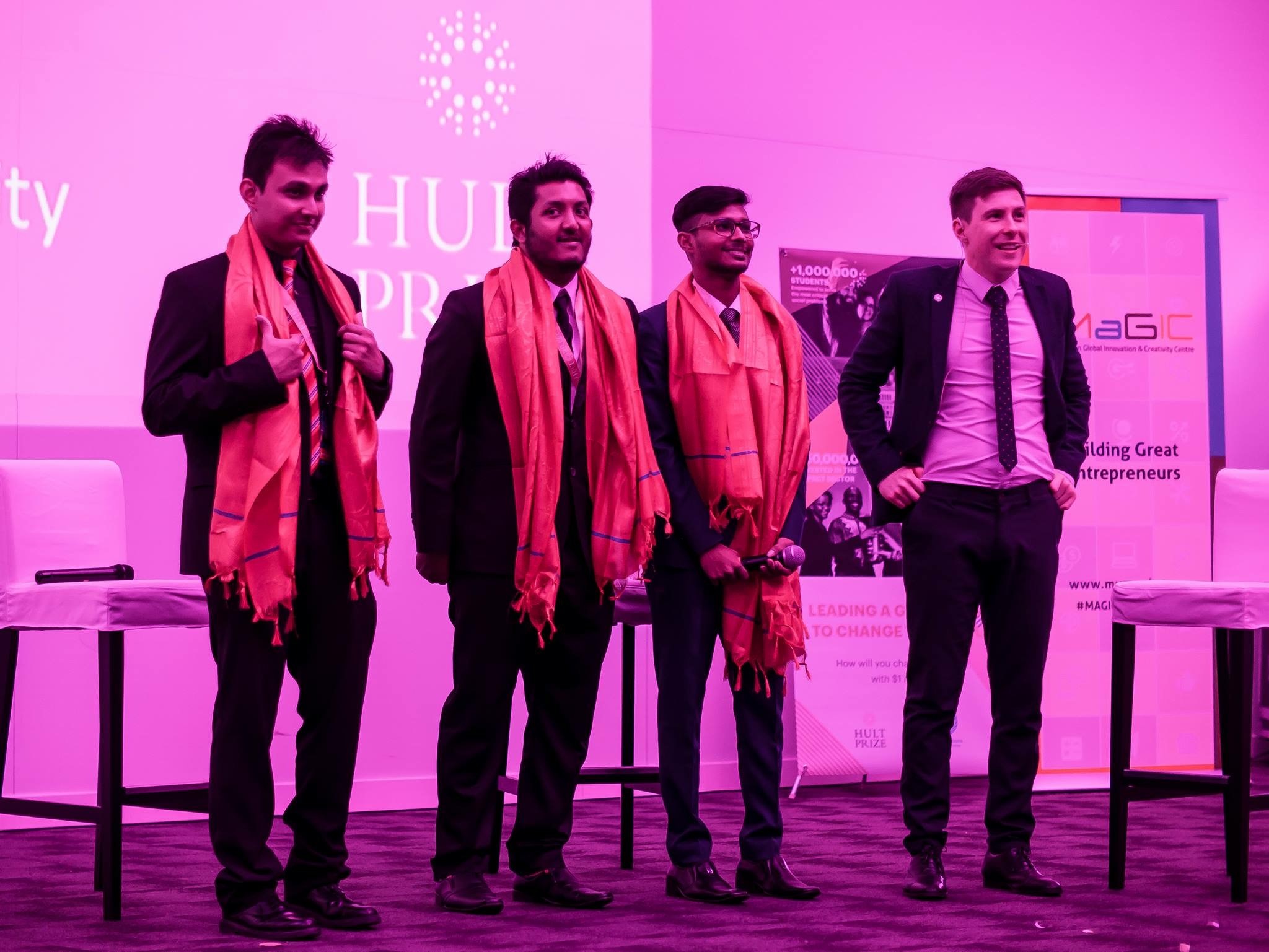 Our accounting student, Fahim Shahriar, was recognised as one of the best directors in organising campus events for Hult Prize 2017, a social entrepreneurial competition. MMU was also mentioned by Hult Prize Foundation as one of the top 3 campuses in the competition. His achievement was announced at the Hult Prize Kuala Lumpur Regional Final 2017 at Malaysian Global Innovation & Creative Centre (MaGIC) recently.

At the ceremony, Fahim Shahriar, from Bangladesh, gave a keynote speech in front of all the international participants. The other best directors were Mahnoor Memon (Pakistan) and Ameen Taha (Palestine). The winners had opportunities for job interviews with Hult Prize Foundation, trip to Global Final in UN Headquater, VIP summer outing, forum and others.

The Hult Prize is held annually with more than 1,000 universities worldwide participating in order to solve a global challenge. It awards one million dollars to team of students that come out with great idea in solving the world’s toughest social challenges. MMU team had organised 12 events within three weeks’ time including briefing, talk, workshop and many more. The organising committee managed to get more than 150 teams to register from Melaka and Cyberjaya campuses, and 10 teams were qualified to the final with Yellow team won for the campus programme.