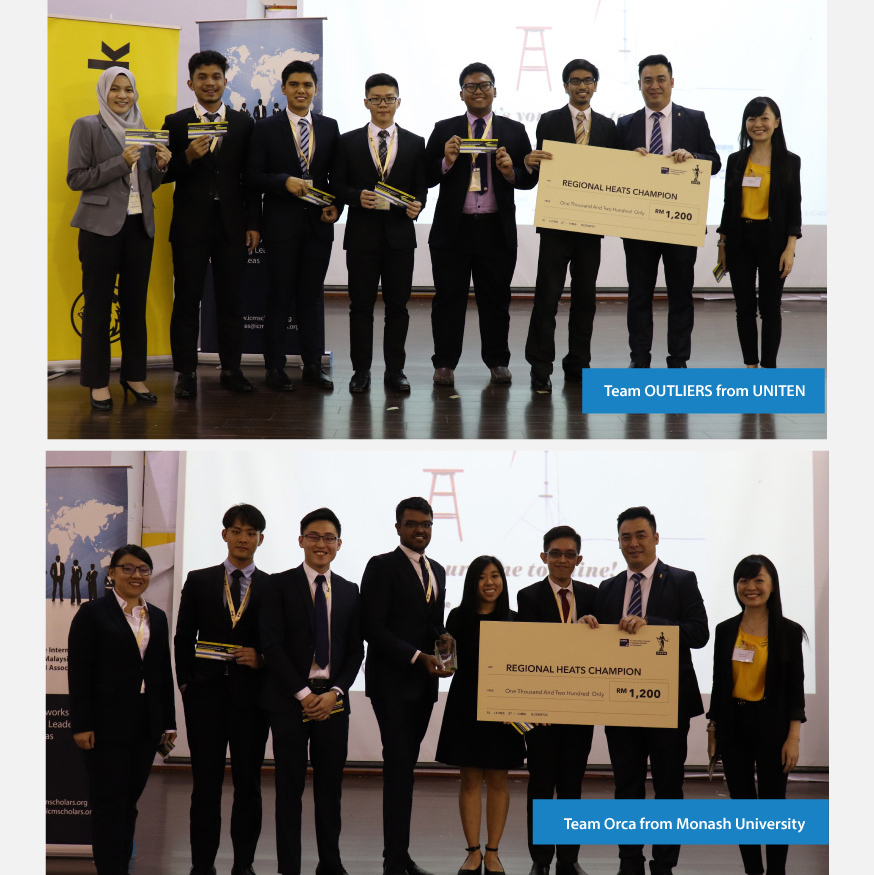 This year RBC Malaysia has been divided into three preliminary rounds to be held respectively in the Northern, Central and Southern region. The Cyberjaya Accounting Club (CAC) from Multimedia University Cyberjaya was selected to be the host of the Central Region round, assisted by the International Council of Malaysian Scholars and Associates (ICMS). For the Central Region round held in MMU Cyberjaya, 20 teams of participants from various universities in the Kuala Lumpur and Selangor area were gathered to compete for the two seats in National Finale.

The winning teams emerged from Central Region were Team Orca from Monash University and Team OUTLIERS from UNITEN. On top of that, the Central Region round had welcomed a panel of distinguished judges and representatives from over 10 Authorised Training Employers (ATEs) of ICAEW such as BDO, Deloitte, EY, KPMG, Genting and also academics from IPAC and MMU Cyberjaya.

The RBC is ICAEW’s annual flagship event to develop future business leaders among talented students. It is an integrated case study competition for students to unveil their talents and showcase their business skills. The competition is open only to penultimate and final year undergraduates as well as A-Level and STPM students with a minimum CGPA of 3.3. Students have to form a team of six members to compete with the best in Malaysia. A total of RM15,000 is up for grabs in the 2018 ICAEW Malaysia RBC and the top 2 winning teams will get to represent Malaysia to compete at the South-East Asia Business Challenge in Jakarta in May.

It was a successful event for all involved, thanks to the support received from various employers and the hard work by the students and scholars from CAC and ICMS. Congratulations to all, we look forward to seeing more successful event in the future.