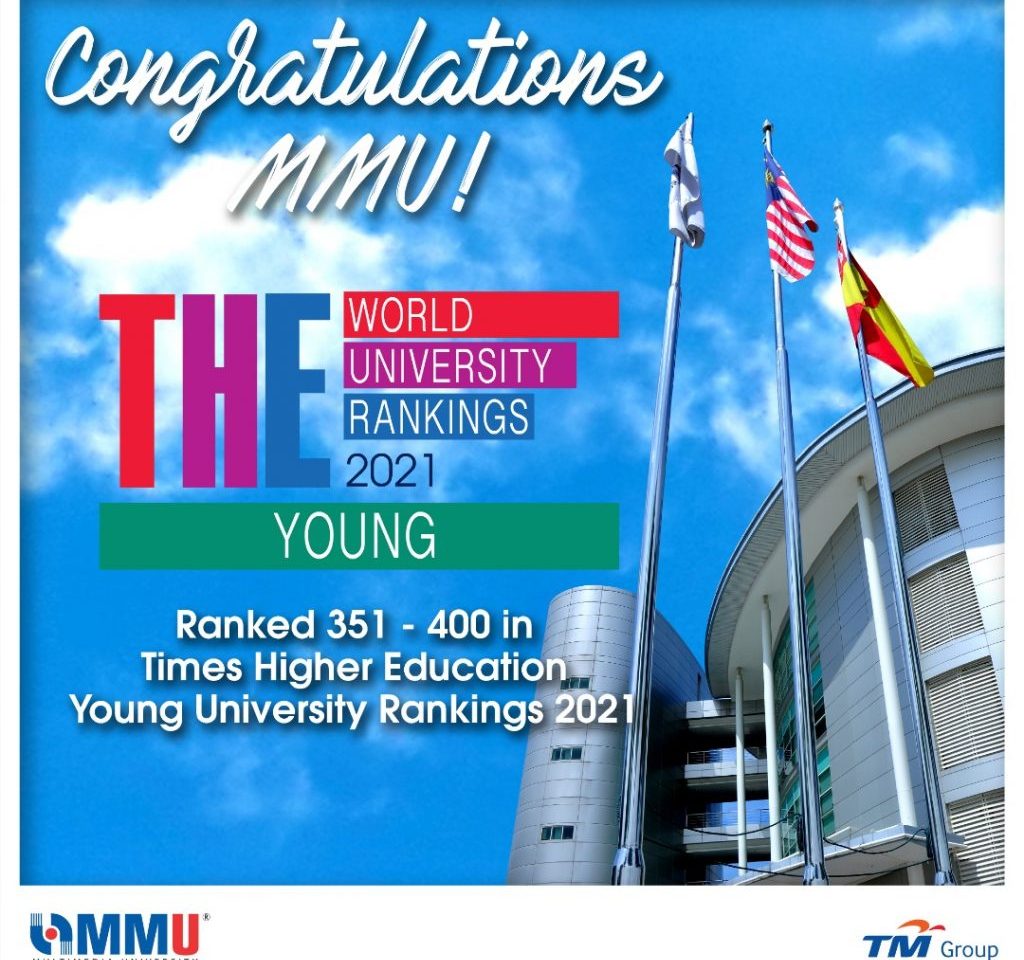 The Times Higher Education Young University Rankings is a unique world ranking of the newer generation of universities, which are 50 years old or younger. These rankings apply the same methodology as THE’s World University Rankings, but adjusted to better reflect the strengths and aspirations of emerging group of dynamic universities. It judges varsities on the basis of five parameters of teaching, research, international outlook and industrial output.

By being a trendsetter and pioneer in the Malaysian private tertiary education sector since its inception, MMU is on the right path, as evidenced by the just-announced rankings. Congratulations MMU!