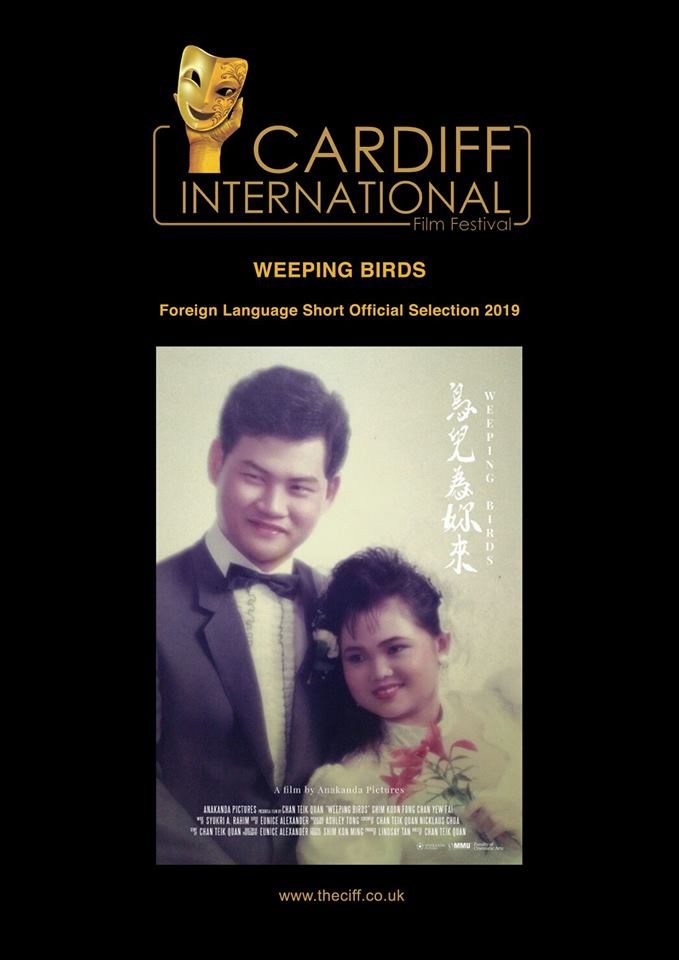 “Weeping Birds” is going to Wales! We are delighted to announce FCA alumni Chan Teik Quan and Anakanda Pictures Final Year Project “Weeping Birds” will be screened at Cardiff International Film Festival 2019 on the 24th – 27th of October 2019, competing in the Foreign Language Short Film Competition in Cardiff!

Cardiff International Film Festival is an international event which is supported by the Welsh Assembly and Cardiff Council. In 2019, it will again be hosted in the historical Pierhead Building in the heart of Cardiff Bay, Wales.
Wales is rapidly becoming a Mecca for filmmakers with the advent of new film studios and an ever-growing popularity of film locations in unique areas of outstanding natural beauty. This is coupled with a fertile and highly skilled cinematic and TV workforce.

Cardiff International Film Festival offers a warm welcome to filmmakers and invites submissions from across the Globe.